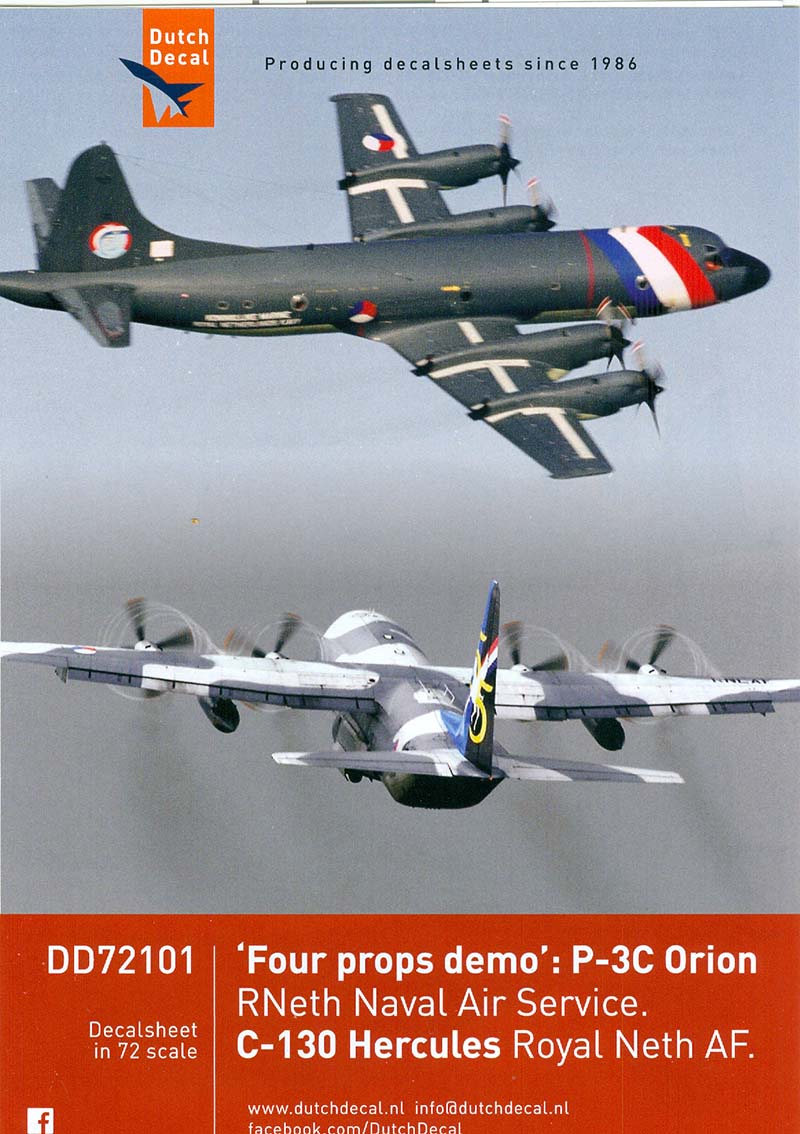 A set for two impressive aircraft within the MLD (Royal Netherlands Naval Air Service) and the KLu (Royal Netherlands Air Force) not only in reality but certainly also as a model. The models require, even in scale 1/72, the necessary space. Again, Dutch Decal offers a number of nice options for the models.

This set also gives you the possibility to build 1 aircraft only, by which I mean 1 x the Hercules and 1 x the Orion. You do get all the possibilities on the set regarding inscriptions, characteristics and everything that goes with it though.
There is an extra (small) decal as a correction for the Hercules band "100 time flies"
If you look closely you see that the two on the set are equal and that is not correct if you mirror them so the attached decal comes on the right side of the tail seen from behind.

It is worth mentioning, and that applies to all Dutch Decal sets, that they give quite a lot of information about how to build the models, especially with regard to colors and sometimes also registrations and inscriptions. In this case, for example, to use the "service markings (US Navy)" of the Zvezda decalset for the Hercules is advised.
If you want to build the G-273 in Blackbull's livery, it is important to know that you also need set DD72097 for that. In that case, see if 097 is still available before purchasing this one.

If you have or can make a space then it certainly pays to purchase this set it will be a nice addition to your collection. If you do not have the space yet but foresee that you will live larger in the future, I would certainly also purchase it to prevent it from selling out later.
Cool set.

Thanks to Dutch Decal for making it available for review. 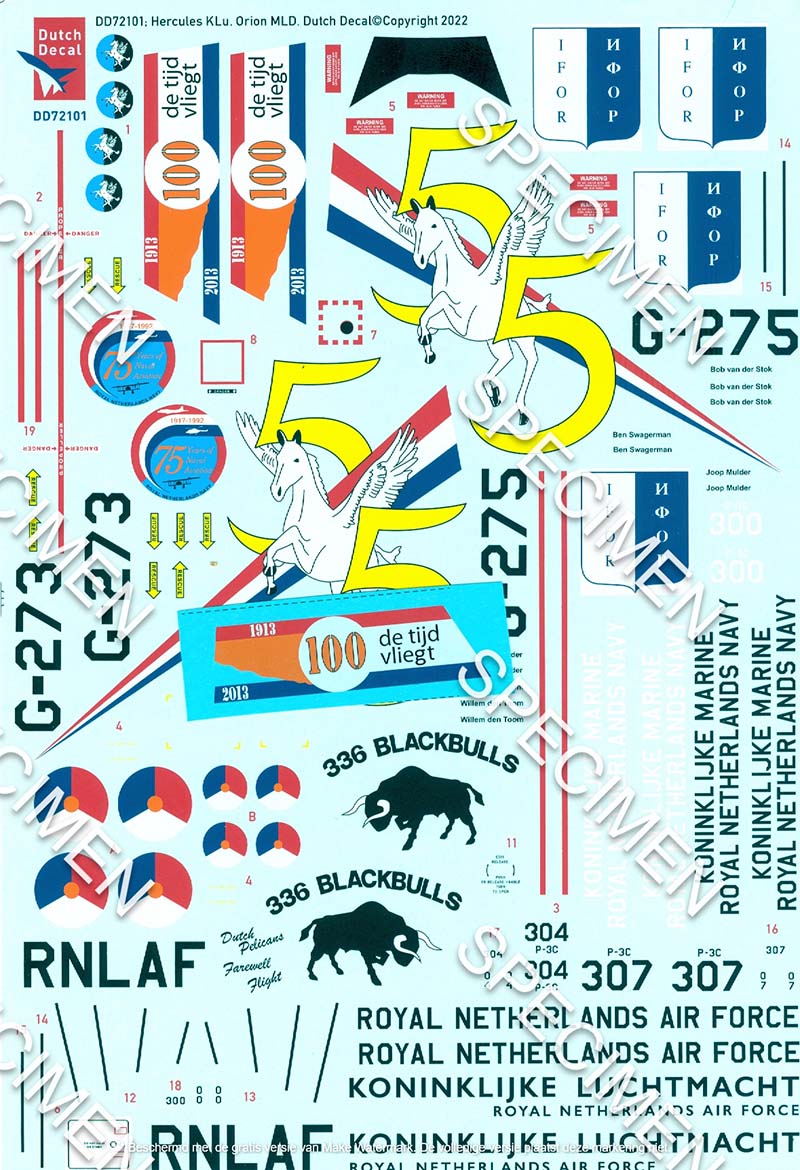 TIP: check out our NedMil information pages about these Dutch used military aircraft....

this article was published Summer 2022 by M. de Vreeze