including testshot A02063 Gladiator Mk. II

The Gloster Gladiator was the last biplane fighter used operationally by Great Britain in World War 2. For a very long time, Airfix had their old model in production, which originates from the Fifties. At last, it has been replaced wit a new tool, and how good it is! From Airfix, IPMS The Netherlands received a review copy of the Gladiator Mk.I which just made it to the shops. In addition, again we received a test shot. In this case of the forthcoming Gladiator Mk.II. This is a brand new kit. 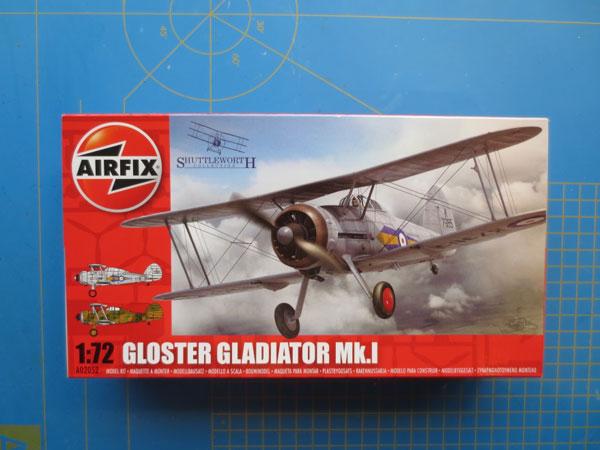 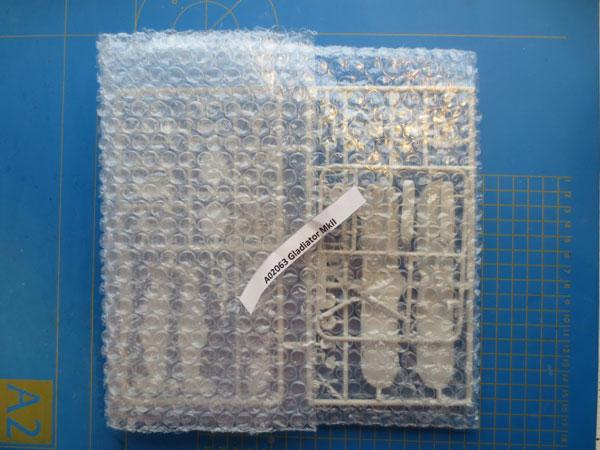 First start with the Gladiator Mk.1 The box contains two light grey sprues and a transparent one. 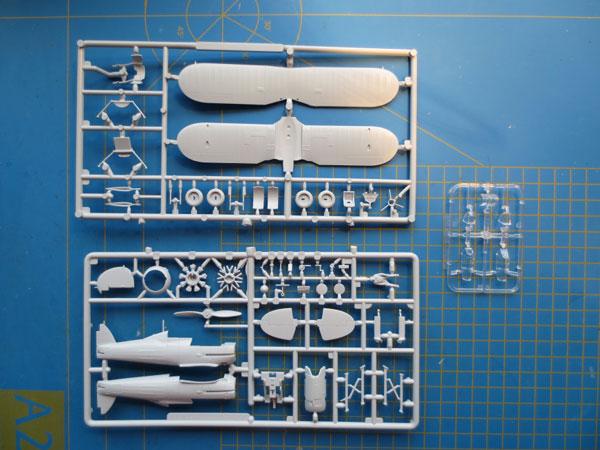 The parts are cleanly moulded. The surface details consist of very nice engraved lines – the finest I have seen on a new Airfix kit- and very subtle linen effect. The usual big sprue gates are there, so it is advisable to remove the parts with a fine razor saw. 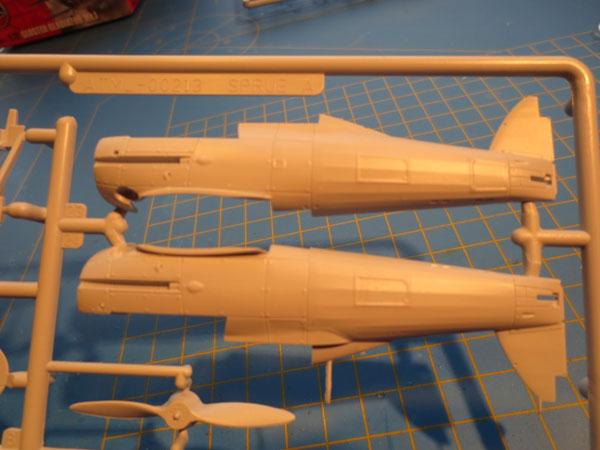 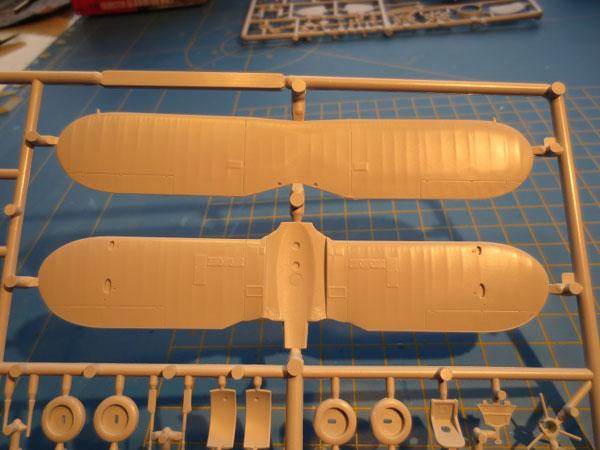 There is a lot of detail. Cockpit interior, engine and exhaust collector ring are seen here.... 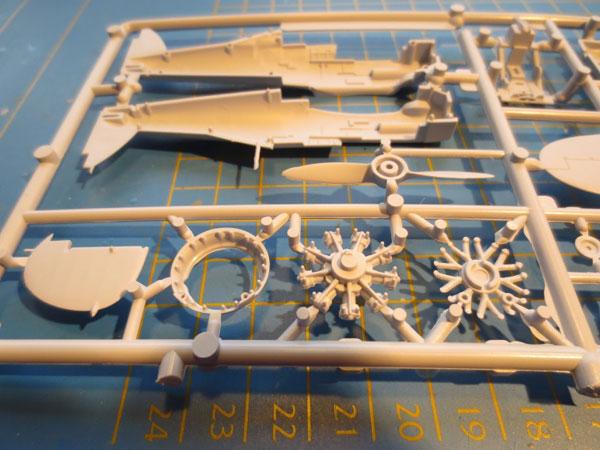 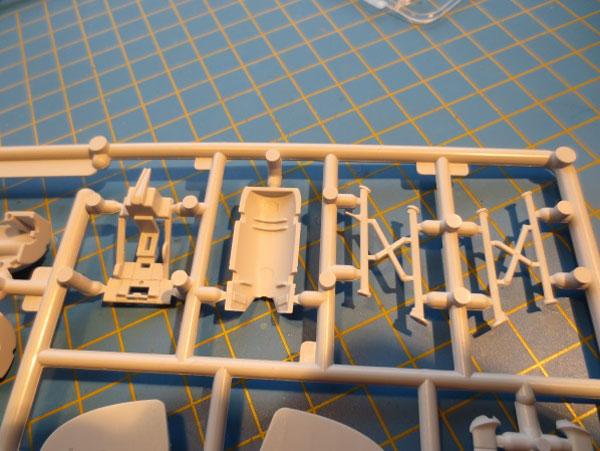 The small entrance door at port side of the fuselage can be posed open: just remove the corresponding part from the fuselage and attach the separate part. The instrument panel is moulded together with the rear cabane struts. 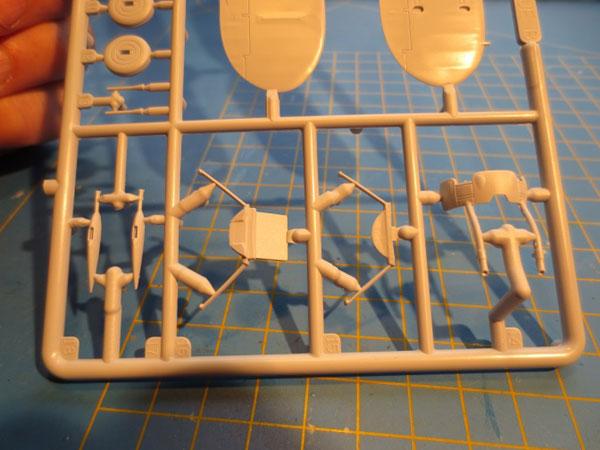 The forward cabane struts are, like the rear ones, glued to a upper nose segment. Subsequently, this assembly is attached to the fuselage. One of the pictures above show that the interplane struts are connected with a thick cross bracing. It is the intention that the cross bracing is cut away after attachment to the wings. In itself a good and novel idea. In combination with the fixed cabane struts, alignment of the upper wing should be dead easy. However, whether this idea is practical remains to be seen. The attachment points of the cross bracing are not very small, so cutting it away without damaging the struts might be very difficult.

The kit contains two sets of main wheels: in-flight and on the ground. In case of the latter, the wheels have flattended tyres and are mounted excentric on the axle. That is correct, the gladiator had internally sprung wheels.

The transparent sprue contains two types of closed canopies and two types of wind screens. The last part is a combination of the rear windows and the open canopy slid over it, like the later Airfix Spitfire models. 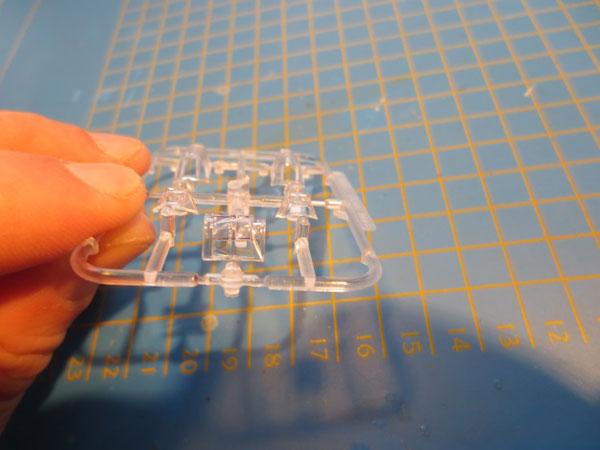 The instructions contain a very good rigging diagamme, build up from several detail drawings. The parts of the kit contain small dimples at the attachment locations of the rigging wires. These can be drilled out if desired. 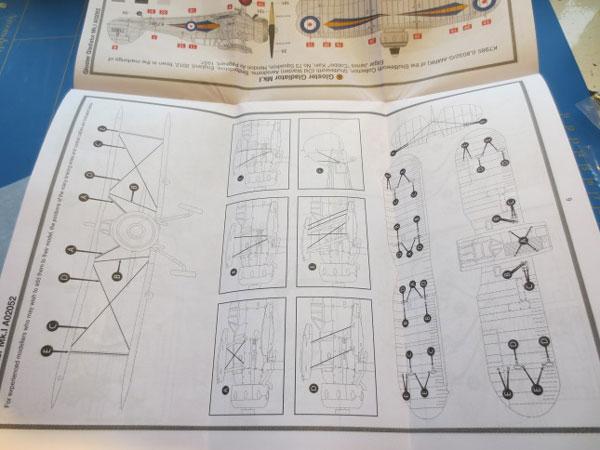 (1) The flying example of the Shuttleworth collection: 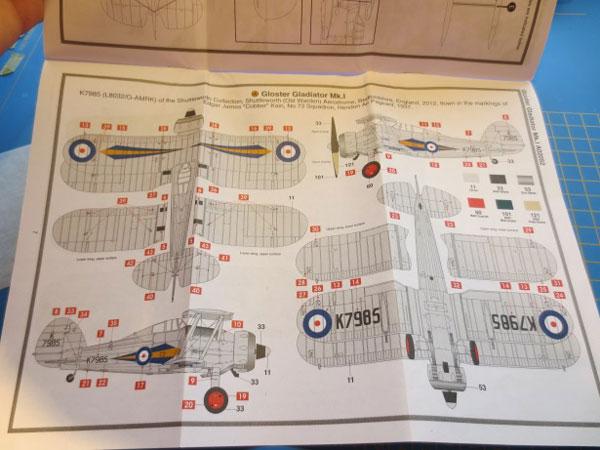 (2) a Gladiator of the Irish airforce: 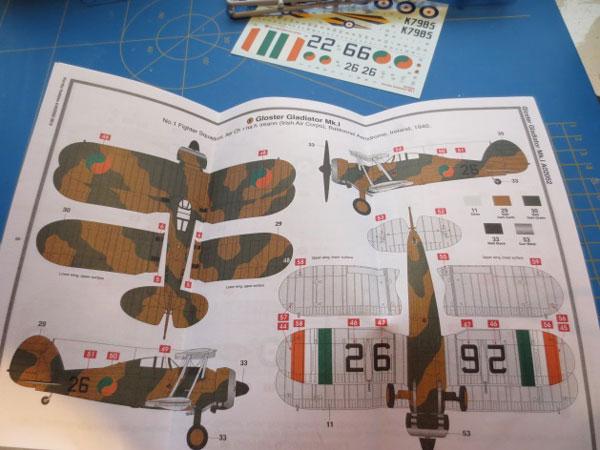 And lastly it comes with a nice amount of stencilling. 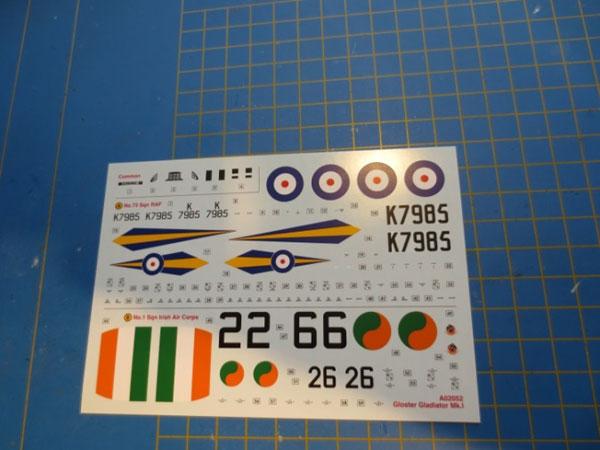 It is most likely that Airfix amongst others did measure-up the Gladiator of the Shuttleworth Collection. As an extra I compared the main parts with a scale drawing of G.A.C. Cox: 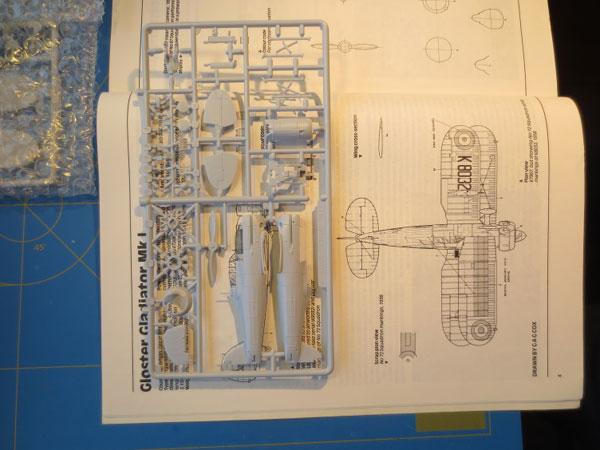 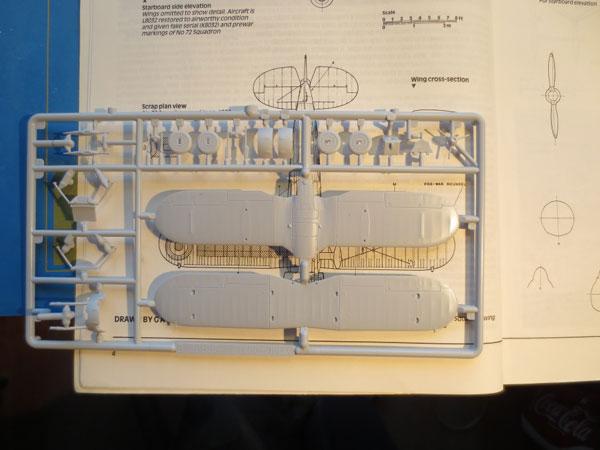 Model and drawing are in good agreement with each other. Also Mr Cox had done his homework. ;--))

( A building report will appear in a forthcoming issue of our Dutch IPMS NL magazine MIP ).

IPMS NL was pleasantly surprised to receive in parallel a test shot of the new kit issue from HORNBY/AIRFIX of the Gladiator Mk. II.

Here are the contents of the bubble wrap: 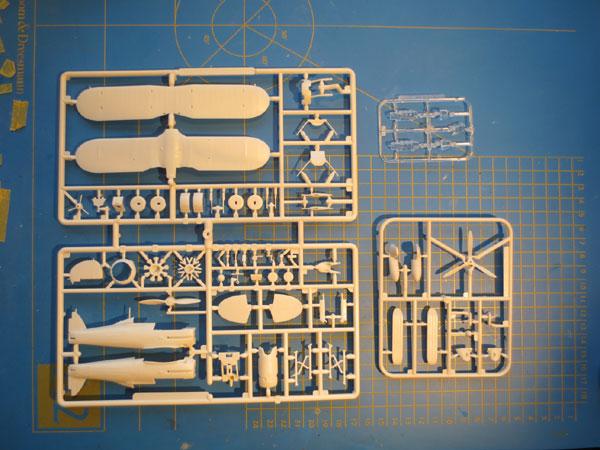 It can be seen that the two grey sprues of the Mk.1 are moulded together with one tool. The transparent sprue is the same too. A new addition for the Mk.II is the small sprue seen here, that contains a skid landing gear and a three-bladed metal propeller: 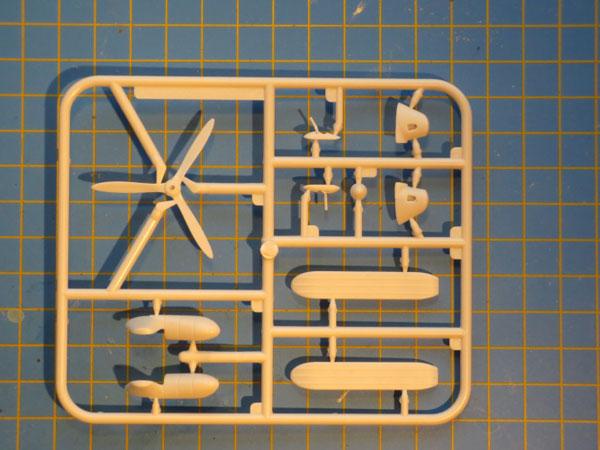 and flipped around.... another view of the sprue.... 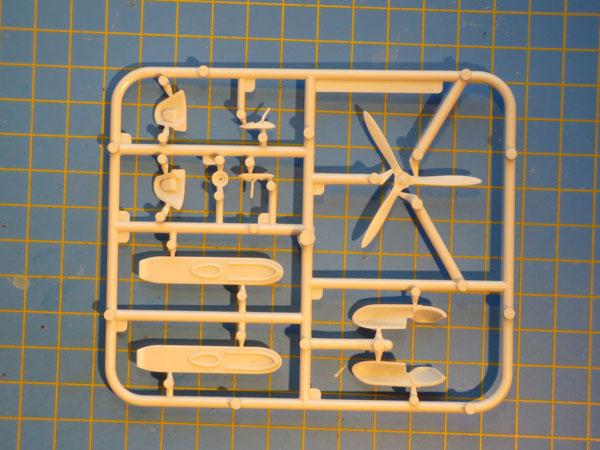 The skids for the main landing gear each consist of three parts. The hole to attach the gear legs is slightly tapered. Presumably this has been done to facilitate different attitudes in the air and on the ground. Two tail skids are available fort his purpose as well. One has a perpendicular leg for “in the air”, the other one has a slant leg for “on the ground”. The three blade propeller has a separate spinner.

Again, this test shot arrived with no instructions nor decals, so it is a guess wat colour schemes will be available. Let's hope a Finnish Gladiator will be one of the options. I photographed this example on display in the Swedish Airforce Museum near Linköping / Sweden: 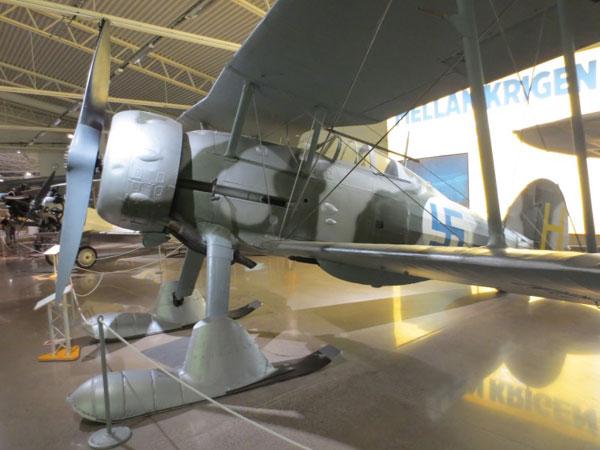 Airfix made a beautiful model of the Gloster Gladiator in scale 1/72. Forget the old one of Airfix. The good Matchbox and the nice Heller models are superseded as well. This is the 1/72 Gladiator you need. The Mk.1 costs only 7 euro here in The Netherlands and the Mk.II will probably cost about the same amount. Well done, Airfix!