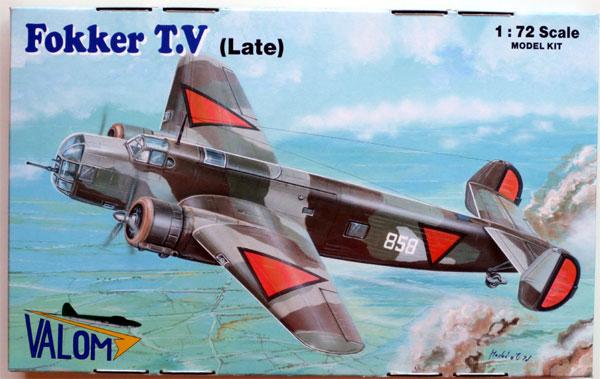 The Fokker T.V was developed in the mid nineteen thirties as a "patrol cruiser for air superiority" with canon and machinegun armament and a small bomb bay. It was ordered by the Dutch air force "luchtvaart afdeeling" but only limited numbers were available when the war came in Holland in May 1940.

After several older models such as from KPL vacuform and the Czech resin kit more than 25 years ago (made available through the IPMS NL), there is finally a plastic injection molding model of the Fokker TV available. It's a short-run kit from Valom. The sturdy box contains three sprues of plastic, a bag with transparent parts, a bag of resin parts and a bag with decals. Also etched metal parts and a transparent film for the instrument panel are in the kit. 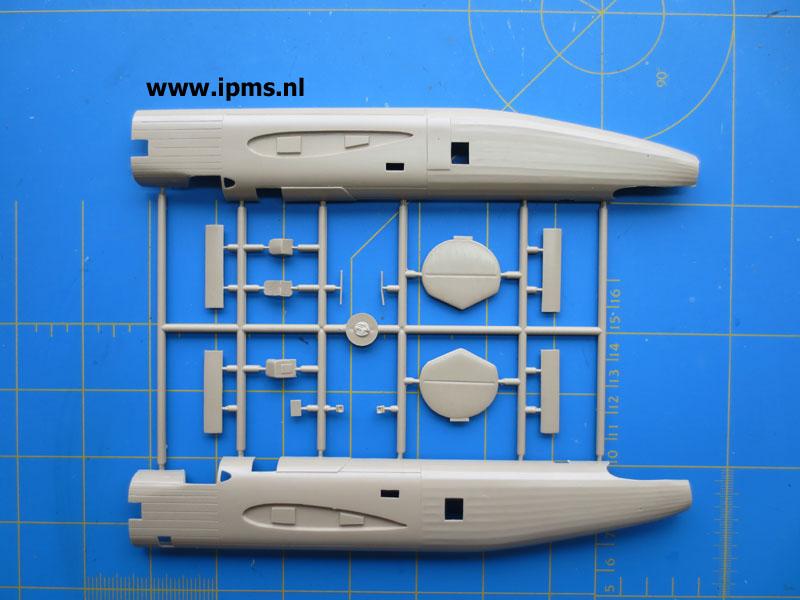 (sprue seen from other side...) 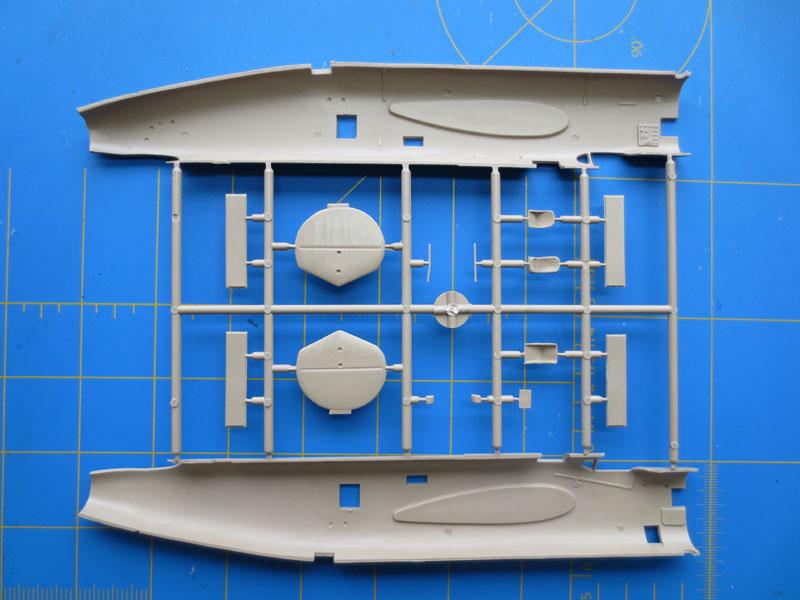 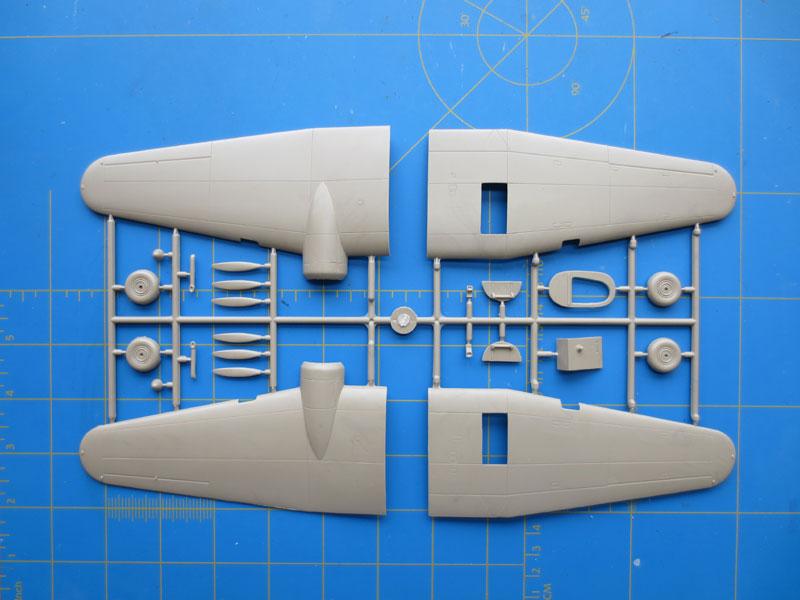 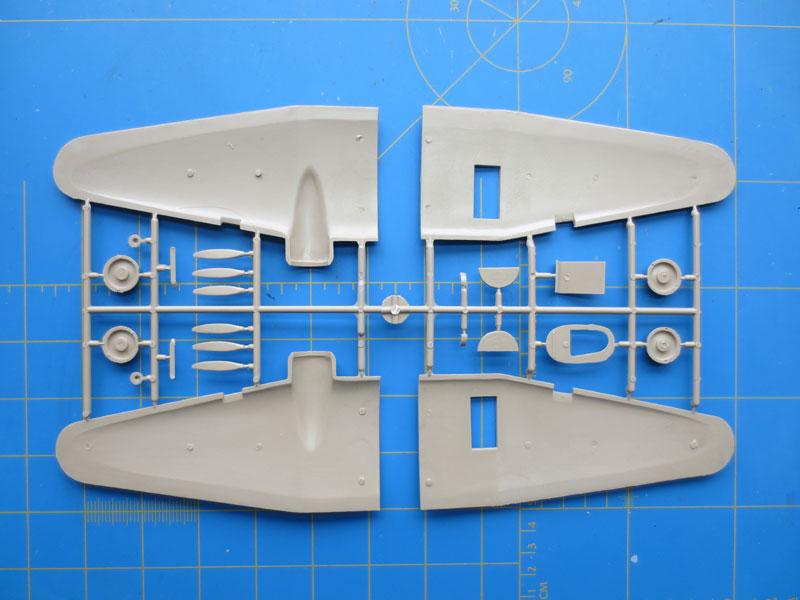 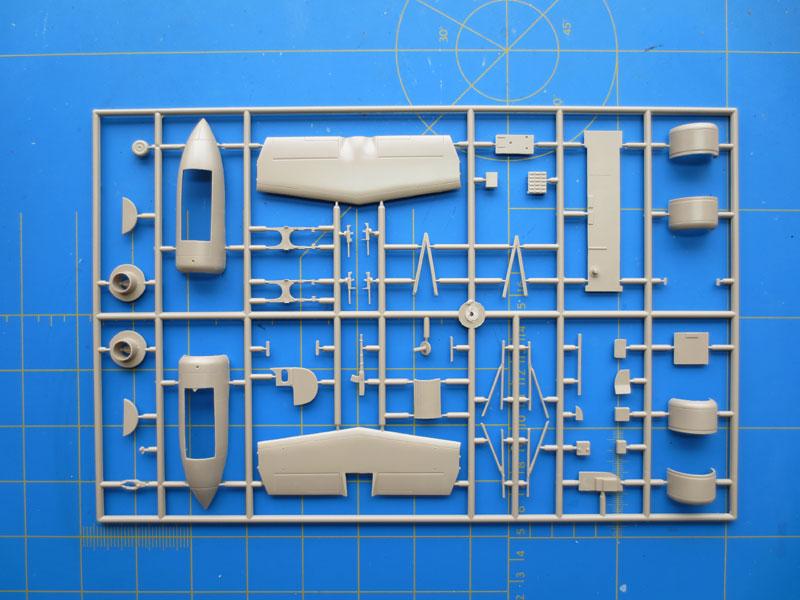 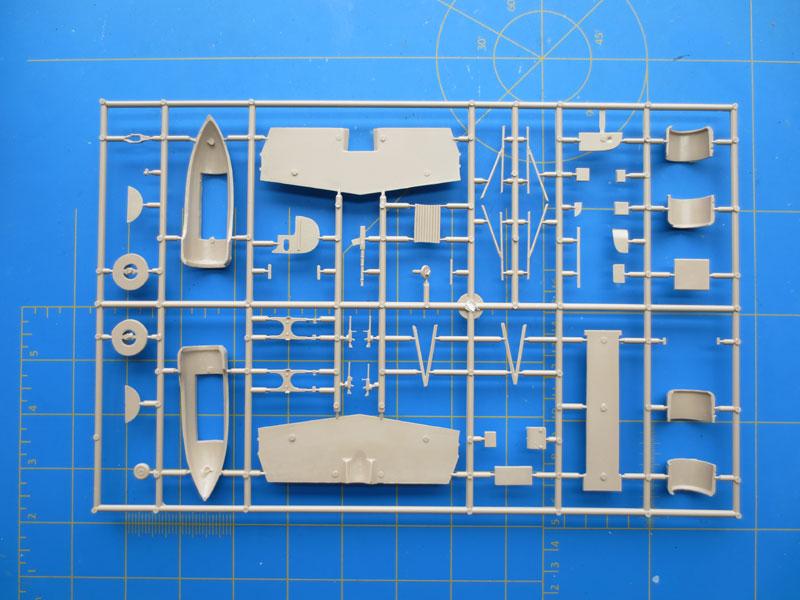 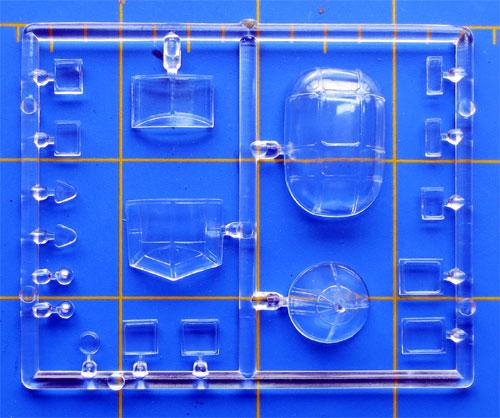 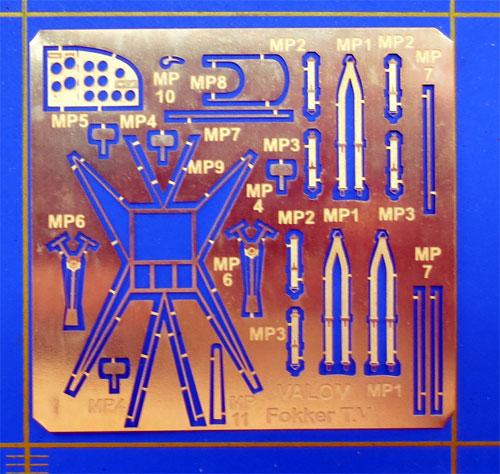 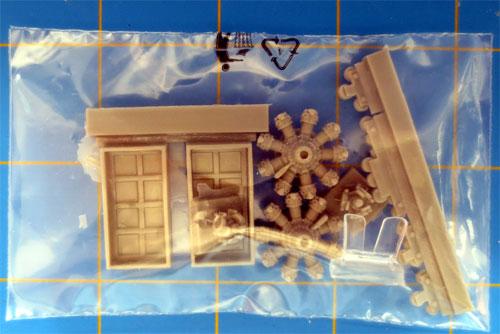 The instructions contain the parts assembly and a layout printed in color. Valom has made clear progress here as for all construction phases colors are indicated with a table for 4 paint brands and Federal Standard "equivalents". Note that modellers who have the White Ensign Model (WEM) enamel colours of the Dutch air force ("luchtvaart afdeeling")  LVA can use these nicely for the LVA color scheme. The decals look fine but with only orange markings. The LVA tri-angles seem to have correct  10cm wide black edge (1.4 mm in 1/72 scale). White aircraft codes for 5 aircraft are included.

The kit's parts are well made and crisp. Fuselage and wing halves are provided with fine engraved panel lines and a beautiful linen effect. The fuselage features an interior, though there is always room for super detailling. For example adding the engine throttles to the left of the pilot, the side console is already provided.

The structure for "Solothurn" cannon in the nose is provided as etched metal. So a bit flat as in reality these were tubes. But due to the complexity, it is understandable that Valom choose this solution. In order to fit the cannon barrell, you need to drill a hole in the nose glass, a risky task. But the aircraft also flew a lot without the cannon but usually than in a scheme with LVA roundels (and not the tri-angles; the roundels are not in this kit).

The pilot controls are also etched metal parts but look good once installed. The fuselage spine hatch is moulded close but if you want an open hatch, you will need to do some work.  The main wheel bays are resin parts as wel as the Bristol Pegasus engines and they look good. The propeller blades are all separate so merging them to get a couple of propellers is a bit painstaking. Also, the upper fuselage spine window looks a bit too flat. Each cowling consists of two halves and are neat, but lack the rear cooling doors. There is a recessed edge but no doors, making these of thin plastic card is recommended (SEE ADDENDUM BELOW...).

The engines were also supported by struts, these can be made of rod. The undercarriage looks good, the wheels have a flat surface. 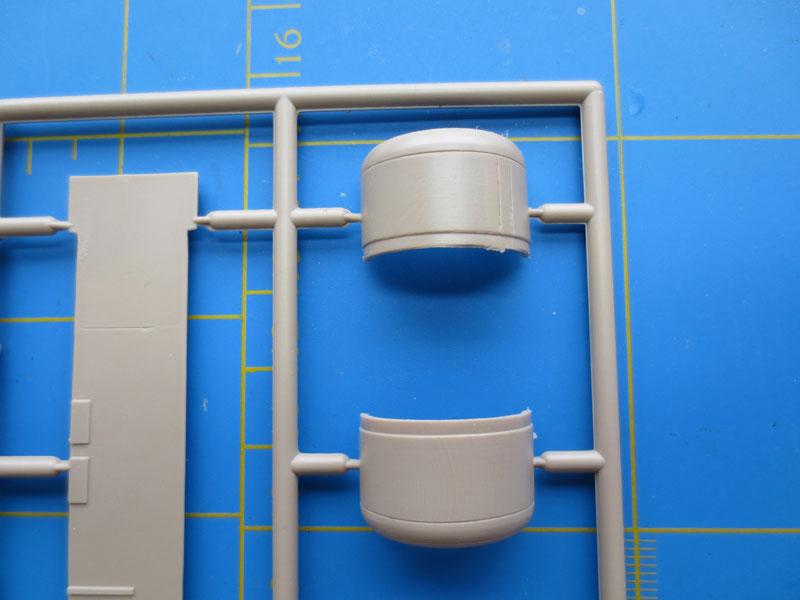 The kit's instruction are unlogical, better follow this sequence:

- assemble the wing halves with nacelles

- attach the wing halves to the fuselage, some work needed with good alignment

- fill and sand as needed 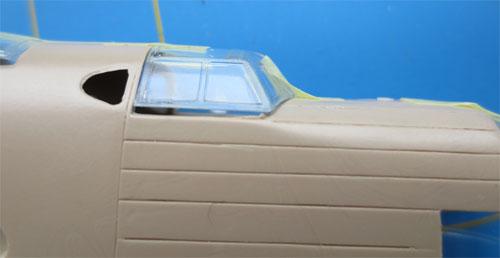 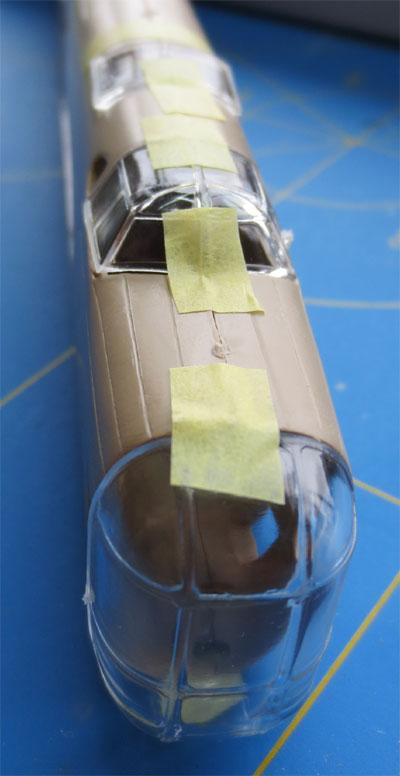 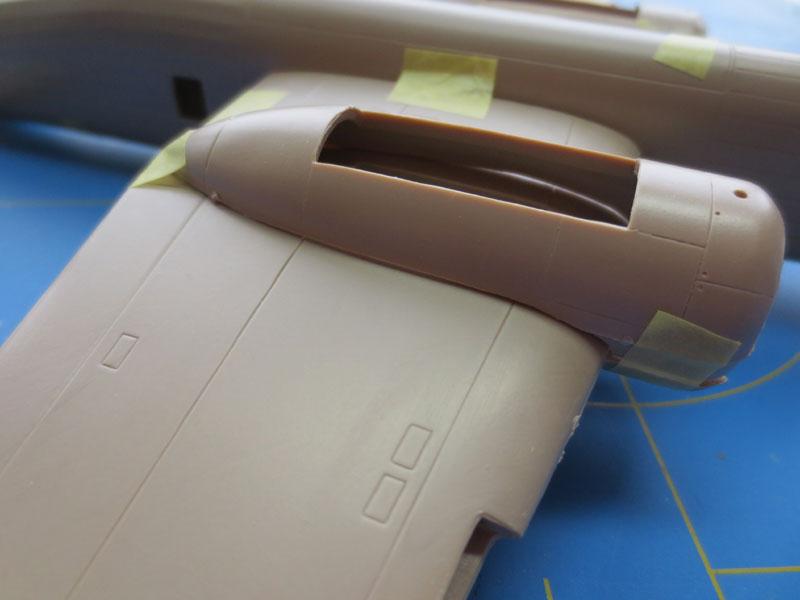 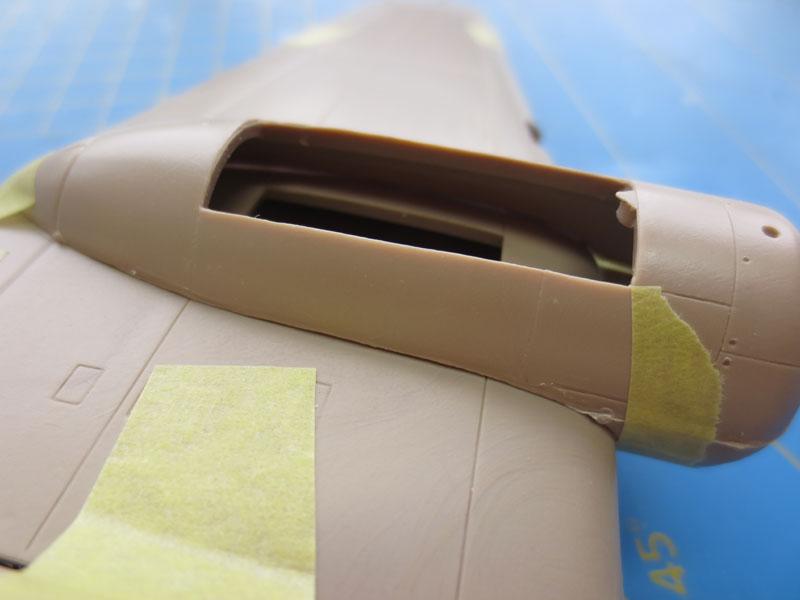 Valom has provided fuselage recesses to fit each wing half, some trimming is needed as the wing mating edge is a bit too thick. The horizontal stabilizer comes together better when ejection pin marks are sanded flat. 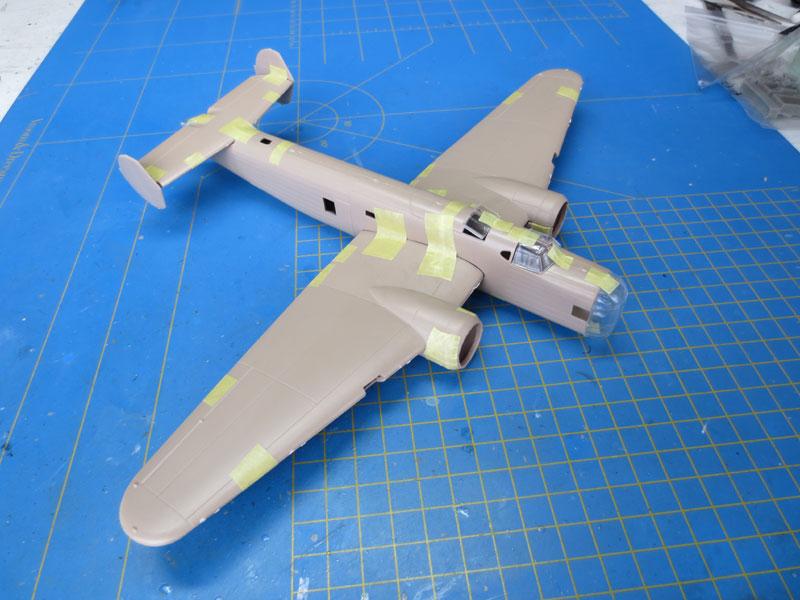 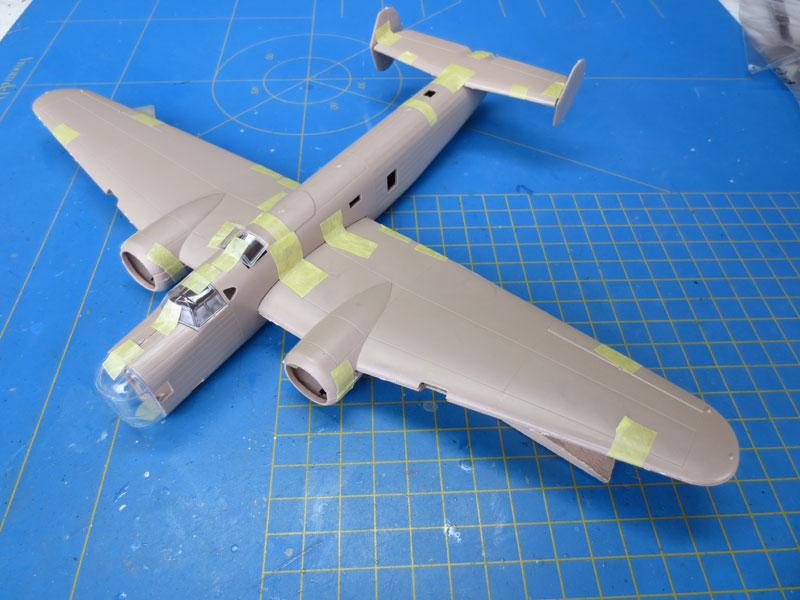 It seems that this kit is much better than previous Valom kits. But still it is a short run kit, so always check fit and alignment. (in the past I made Valom kits and much work was needed for example to get a proper fit of the clear parts). This kit looks to fit good in the main areas and any smaller gaps can be closed with strip and putty.

More than 25 years ago I made the Czech resin Fokker T.V resin kit. I still had an unassembled kit and did a quick comparison:

- stabilizer with a bigger taper-ratio.

- for the remainder: shapes and smaller parts look very similar.

As nowadays much more Fokker T.V information is available to anyone and looking at the Valom kit, I conclude that Valom did their home work. So this 1/72 scale kit is definitely recommended to Dutch Aviation modelling enthusiasts with some modelling experience. I hope to see many models built on modelling shows in the future.

(a) In the inbox review above of the Valom fokker T.V, I wrote that most probably the cooling gills of the engines were missing from the kit.

Well, that was correct. Erwin Stam of the Aviation Megastore contacted Valom and they confirmed the omission. Even better, VALOM will immediately produce a photo-etch correction set with the missing cooling gills. This correction set will be free for everybody who bought a Fokker T.V. As soon as the sets are ready, they will be send it to the shops who sold the kit. That’s what I call customer service from Valom. Well done!

We got the message from Erwin Stam that he has received the photo-etch set with cooling gills and modified pages of the instructions. Each customer can contact the Aviation Megastore to obtain a set and the page of the instructions. Modellers who bought the kit at another store can inquire there. The new batch of T.V kits are already completed with the missing parts. 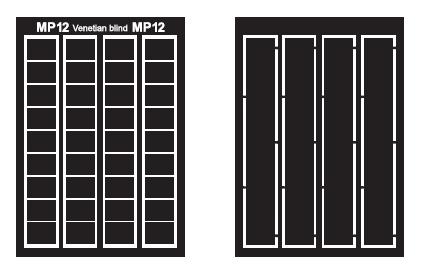 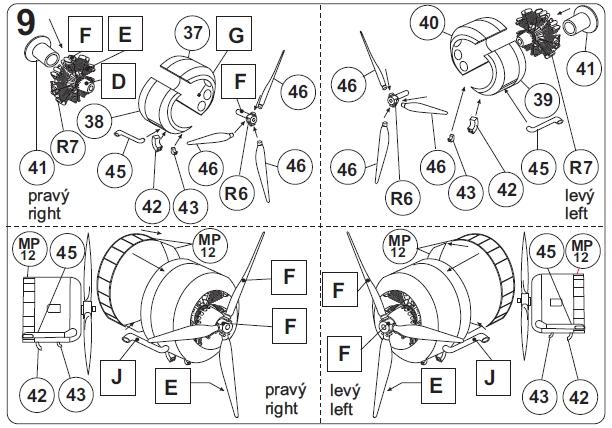