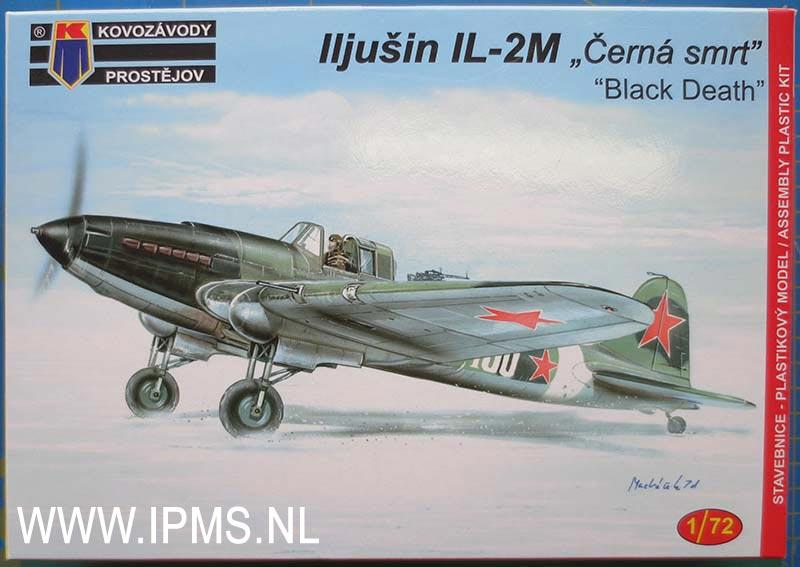 The Iljušin il-2 Shturmovik is the most built fighter plane in the world. Of this Russian ground-attack aircraft, 36,183 units were built in many variants during the Second World War. Designed as a two-seater with a pilot and a gunner in the back, in 1941 the Il-2 was commissioned by the Soviet government to be produced as a single-seat version without a gunner. It soon became apparent that a gunner was needed anyway as the Il-2 was vulnerable to attacks from behind which led to high losses. Until the factories could supply the two-seater, initially almost 1,200 single-seater aircraft were converted in the field. This was simply done by sawing a hole in the fuselage and placing a machine gun while the gunner sat on a leather belt. The first versions of the Il-2 had a straight wing. As the center of gravity shifted too far to the rear, because of the new equipment weight, later versions were given a swept wing. The last Il-2 was built in 1945. The Shturmovik was considered by Stalin as one of the most important weapons of the Soviet Union.

The Il-2M was an early two-seater version with a straight (unswept) wing. Due to a shortage of aluminium, the rear half of the fuselage as well as the outer panels of the wing at most factories were made of wood. But Factory No. 18 (Zavod 18) in Kuybyshev made the outer wing panels of metal.

The model of KP depicts a Shturmovik from Factory Nr. 18 manufactured from 1942 to the first half 1943. The kit and decals are for schemes of aircraft from the Black Sea Fleet and from "7 Guard Attack Air Regiment". These colour schemes are correct for this version of the Il-2 and information can be found on the website of Massimo Tessitori, one of the experts in the field of the Russian Air Force (VVS) in the Second World War. The colour schemes are shown on the back of the box with colour indications for Humbrol and Agama paint. However, the Russian colour indications are not listed. These are: AMT-1 light brown, AMT-4 camouflage green, AMT-6 black, AMT-7 grey-blue (bottom), and AMT-11 blue-grey (top).

This new KP release is based on the single seater SMER kit first released in 2001. All the sprues of the old model are available in dark grey plastic, but in addition a new sprue is provided for the new two-seat fuselage as well as a clear sprue with transparencies. You will be left with a lot of spare parts such as the single seat fuselage and skies with associated fairings.
In the kit instructions, the parts overview clearly indicates which parts are not required. The building description is based on that of SMER. The last drawing shows eight rockets should be installed on the outer wing instead of the max of four. The extra gunner weight prevented more rockets to be carried.

Unfortunately, there are no detail colour indications included in the instructions. I suggest grey for the interior of the cockpit, the gear bays and undercarriage. The Russian grey colour is A-14. Various paint manufacturers, such as MRP and Colourcoats, have this colour in their range. A good alternative is American "Neutral Gray". The RS-82 rockets under the wings were usually aluminium or black, their launch rails were the camouflage colour for the aircraft. Bombs could be green or light blue and there are enough colour photos on the internet.

According to the website “Modelling the VVS”, the original SMER Il-2 kit is one of the better Il-2 kits on the market, with a good resemblance to the original but with a moderate fit of the wings to the body. The SMER parts included in the kit have some flash but have nice surface details. Cockpit, gear bays and undercarriage as well as the necessary rockets and bombs are neatly executed. The new fuselage in this KP kit has the enlarged cockpit opening for the two seater. In addition to the original neat cockpit, additional parts are provided for the gunner in the back. (There are two inserts for the fuselage spine present: the rear cockpit opening as it was made in the factory and for the earlier variant as modified in the field. That suggests that this early version will also be released).

The fit of the parts is fine but some dry-fitting and sanding a bit is all that is needed though the wing fuselage joint probably needs a bit more work. The left wing just fits well but the right wing sits slightly too low at the front, a bit of sanding will solve this.