The Westland Lynx is a British multi-purpose military helicopter designed and built by Westland Helicopters at its factory in Yeovil. Originally intended as a utility craft for both civil and naval usage, military interest led to the development of both battlefield and naval variants. The Lynx went into operational usage in 1977 and was later adopted by the armed forces of over a dozen nations, primarily serving in the battlefield utility, anti-armour, search and rescue and anti-submarine warfare roles. The Lynx was the world's first fully aerobatic helicopter. In 1986 a specially modified Lynx set the current Fédération Aéronautique Internationale's official airspeed record for helicopters. The helicopter is now produced and marketed by Agusta Westland. It was widely used by the British armed forces such as Navy and Army air corps but also exported to NATO countries. 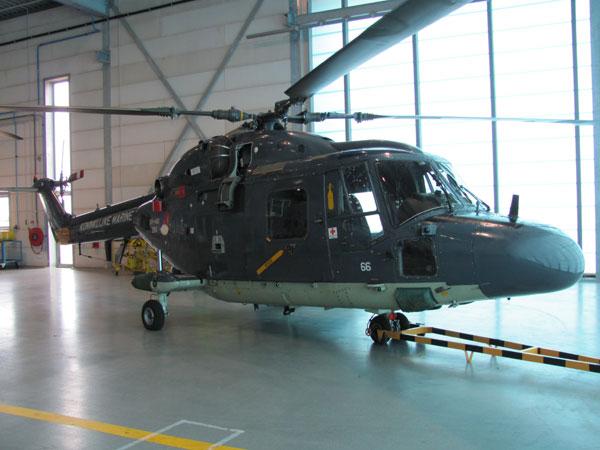 GALLERY WITH OVER 100 PHOTOGRAPHS:

SH-14D , gone out of Dutch service

Photographed, September 15, 2012 at De Kooy. The Lynx was put out of Dutch naval air service a few days earlier. Aircraft are seen with special Good Bye markings with funny drawings and a black and white "finish" scheme, marking the end.

Photographed at a maintenance check at De Kooy, August 2008

and in a hangar:

The Dutch naval air service (MLD) Lynx "278" was photographed at De Kooij / Den Helder, The Netherlands. Details are also show of various equipment and the sonar.

RACK details for the Sonar equipment inside the cabin:

After being retired from the Royal Netherlands Naval Flying service (Marine Luchtvaart Dienst) service this in 1995 converted SH-14D coded "267" went in 2015 to the Technical University Delft (TU DELFT) Dept. of aerospace engineering, Delft, The Netherlands. It is used to educate students and various parts have been disassembled.

In 1/72 many Lynx models have been issued such as from Airfix, Revell, Matchbox, Frog/Novo, Hobbyboss. In 1/48 Fujimi had an old kit, the new Airfix kit is great.