The famous Sikorsky helicopter company started to develop a heavy lift helicopter in 1958 to a US Army specification. It was decided to begin with a piston engined S-60 but soon two T73 turboshaft engines powering the big rotor and tailrotor and the type was designated the S-64 Skycrane / CH-54 Tarhe. First flight was in May 1962. It had beam structure enabling carrying a container or various other loads like vehicles below the main rotor mast giving it a large flexibility.

The US Army used later the type during the Vietnam War. It was used for decades with finally the US Army National Guard using it until the early 1990s. Still as today, the civil company Erickson operates and services  the S-64. Some are used in firefighting duties. 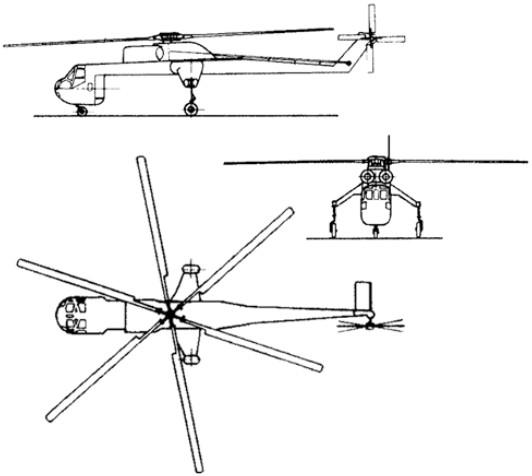 This CH-54A Tarhe helicopter has code 818437 of the US Army. It was seen outside at the Pima museum near Tucson, Az., USA.