After the Second World War the British company formerly known as "Cierva" developed a small two seat helicopter, the Skeeter. Design W.14 was eventually manufactured by Saunders Roe that took over the Cierva company. The helicopter was at that time new technology so several development problems had to be solved. It was the Cold War and the West German army BundesWehr placed an order for a dozen helicopters. It later also served in the British Army Air Corps for mainly "air observation post" duties with the AOP.12 being the most important. Less than 100 were manufactured. 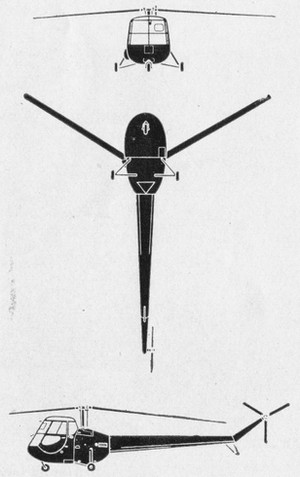 This Skeeter has a British Army paint scheme, coded "XN348".  It is well preserved in the Hubschraubermuseum in Bückeburg, Germany.

One plastic scale model is known: in 1/72 from Aeroclub