The French Sud Quest S.O.1221  helicopter was developed after the Second World War. The prototype S.O. 1220 was developed further as seat one pilot and one observer and it had tip-jet propelled rotorblades. Called the Djinn, it made its first flight December 1953. It was ordered for the French Army and though a small helicopter, it filled quite some roles. Some 178 Djinns were manufactured and a few used also by the West German Army. It was succeeded by the Sud Aviation Alouette helicopter family. 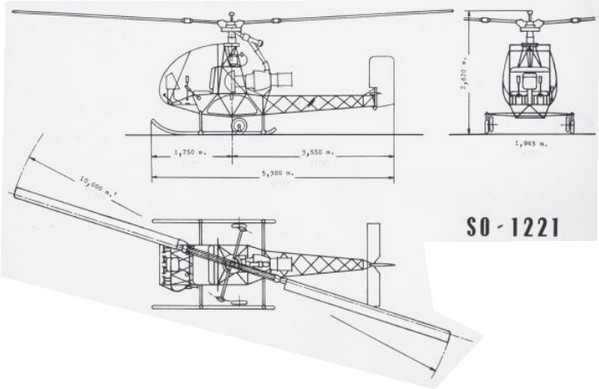 This S.O. 1221 Djinn was seen at the German Helicopter museum in Buckeburg (D). It has no markings.

A few scale models of the Djinn were released: in 1/48 by AMG and Extratech. In 1/72 by Extratech / Brengun and Graphy-Air.