The Gloster Meteor was the first British jet fighter and the Allies' first operational jet aircraft of the Second World War. Development started early in the war and was challenged by the use of the all new propulsion type of the jet engine. The Meteor first flew in 1943. Several variants were developed and in the beginning obviously many problems were encountered. The Meteor was built in considerable numbers and also widely used during the Cold War by not only the RAF but also many air forces in Western Europe. 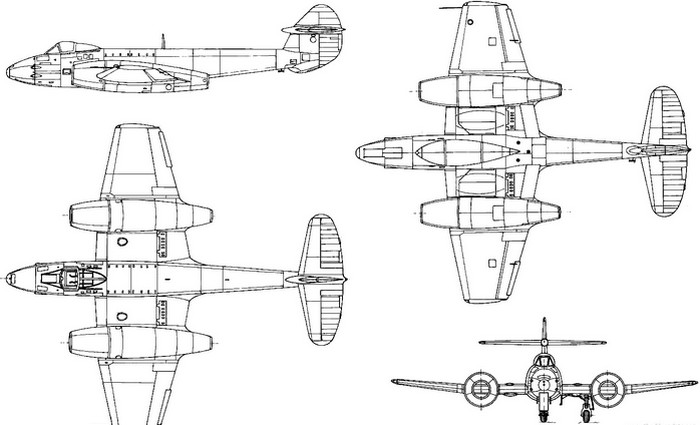 This Meteor mk.4 has code "I-69"(and is VZ409 ex RAF). It was seen at the former Dutch AF museum MLM in Soesterberg (and probably now at the new MLM museum). Here the aircraft shown is being dismantled with several major parts for storage.

This Meteor F.mk8 was built by Armstrong Whitworth (licensed), delivered July 1953 and it served with RAF 56, 46 and 13 Squadrons. Seen at the fine Imperial War Museum at Duxford, UK where it is/was on display for many decades!

Many plastic scale models exist of the Meteor, particularly in 1/72 scale, too much to list. But the best are the MPM/Special Hobby kits. Tamiya has a great model in 1/48.

In 1/32 scale for many years there was only a very basic ID Models vacuform, but now HK models has a nice Meteor mk.4 and Fisher Model and pattern various conversion sets like for a F. mk 8.