Walk around - Northrop A-9

The A-9 was developed by the Northrop company for the USAF's A-X close-support aircraft competition. It was a twin engined high-wing aircraft and got the prototype designation YA-9A. Two prototypes were made and first flight was on 30 May 1972. It had a 30mm gun and could carry about 7000 kg stores of bombs and missiles. The competition was lost to the Fairchild A-10. 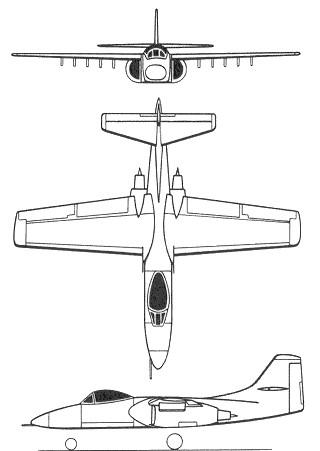 This YA-9A is kept at the March field museum.

In 1/72 scale an Anigrand resin model is available.