The North American F-107 was developed as to requirements of USAF tactical fighter-bomber needs in the nineteen-fifties. The F-107 design had a very peculiar variable intake on top of the fuselage and a central recess below the fuselage to carry a single bomb. Frst flight was in September 1956. The type did not win any USAF contract and two prototypes were transferred to NACA (later NASA) for research. 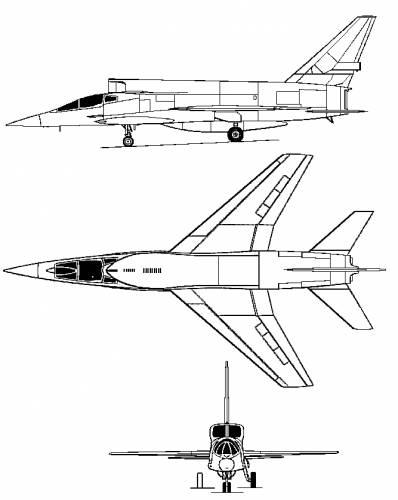 In 1/72 a nice scale model of Trumpeter was released.