The Yokosuka MXY-7 Ohka was a desperate attempt during the Second World War by the Japanese to damage enemy ships through a suicide "Kamikaze' attack. The Ohka model 11 had a rocket engine and "human guidance" and a large warhead in the nose. It was usually carried underneath a Mitsubishi G4M2e "Betty"  to within range of its target. On release, the pilot would first glide towards the target and when close enough he would fire the Ohka's three solid-fuel rockets and fly very fast to the target. The warhead would explode on impact.

The Ohka model 22 had a reciprocating more conventional jet engine but this type never was used operational. 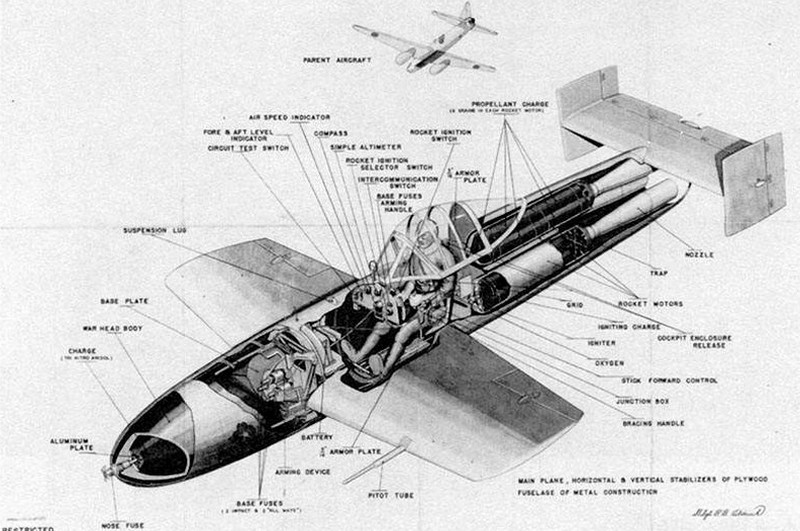 This exhibit was seen in the Pima Air and Space museum, Tucson, USA. It is unclear if it a model or real Ohka.

The Kugisho Ohka model 22 had a reciprocating more conventional jet engine and dates from 1945. It is on a unique display at the Smithsonian annex Dulles museum in Washington DC.

Several scale models of the Ohka have been issued like the small 1/72 Hasegawa kit, in 1/48 kits of FineMoulds, Kora, Oz Models  and in 1/32 of HPH resin.

This walkaround was first created October 2014 by M. de Vreeze