For the American business jet market, the American Gulfstream company developed a series of  twin engined  jets with the name Gulfstream. The Gulfstream IV (or G-IV or GIV) was first flown on September 19, 1985. It was delivered to customers starting May 1987. The Gulfstream is the "Rolls Royce" amongst business jets. The VIP interiors are often very luxurious and the aircraft flies at a high MACH number. This requires hugh amounts of fuel though. In June 1987 a Gulfstream IV set no less than 22 world records in its class. 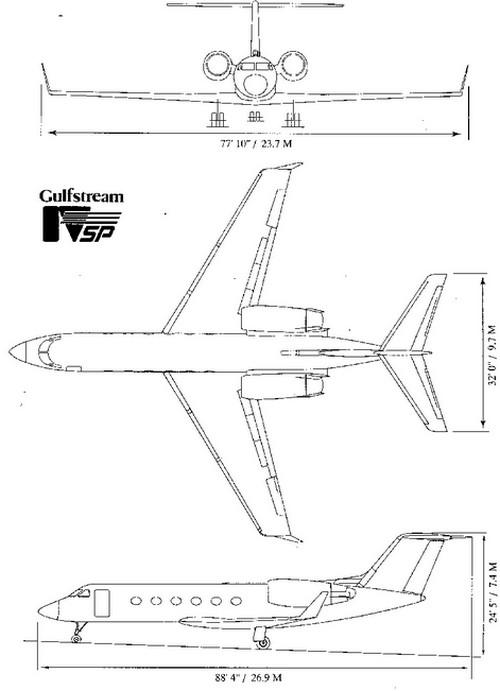 The Royal Netherlands Air Force uses a single Gulfstream IV, it was purchased second hand. This single aircraft is scheduled to be put out of KLu service end of 2014. Just before that, it was photographed at Eindhoven Airport, The Netherlands.

Some 1/72 scale vacuform models exist of BROPLAN and a better WELSH model.

Enthusiasts and historians can check out our NedMil page here...