The Grumman F11F/F-11 Tiger was designed in the nineteen fifties as a supersonic, single-seat carrier-based fighter for the United States Navy. Grumman had obtained experience with the Cougar but a completely new design was made with swept wings, foldable wing tips and a "coke bottle" fuselage design. It had the J65 engine and could fly supersonic. It had very short range and the engine proved to be unreliable and only about 200 aircraft were built as the F-8 Crusader was a better aircraft. But the F11F Tiger was used by the Blue Angels aerobatic display team from 1957 to 1969. 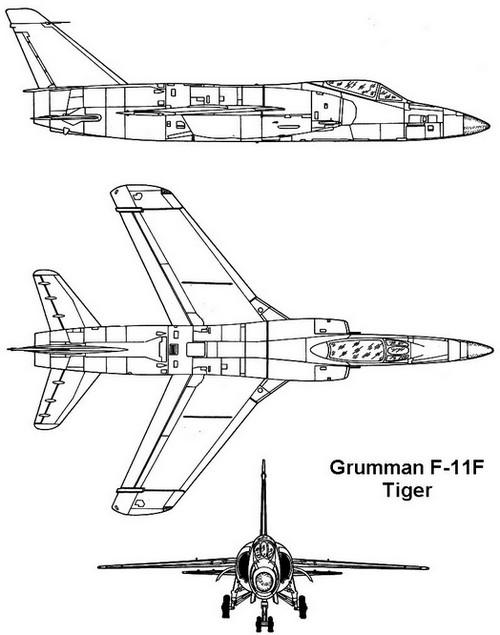 This aircraft, with code 141828 is a former Blue Angels aircraft but is now painted as a US NAVY VF-33 aircraft. It is preserved at the National Museum of Naval Aviation in Pensacola, FL.

A cockpit section is also on display. Seen here as it may provide useful photo's for the cockpit interior.