The McDonnell T-45 Goshawk is a highly modified version of the BAE Hawk jet trainer. It was developed by McDonnell Douglas (now Boeing) and British Aerospace (now BAE Systems) as an advanced jet trainer for the US Navy. It is a rare example of a military European aircraft being used by the Americans. Large modifications were made to the British Hawk to have a suitable jet trainer aircraft for US NAVY pilots that would be required for US aircraft carrier operations. Developed started in the eighties and the first operational aircraft was with the US Navy in 1994. The original T-45A had cockpit with "clocks", later an updated "Cockpit 21" program started towards T-45C standard with electronic Multi Function displays. Also a CAI gunsight is fitted.

Over 200 T-45s trainers are used by the US NAVY (it replaced the T-2 Buckeye). The aircraft is not armed as a trainer, but has a single pylon installed under each wing for carrying bomb racks, rocket pods or auxiliary fuel tanks. A single baggage pod can also be carried. 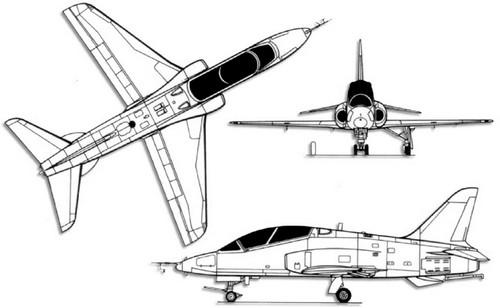 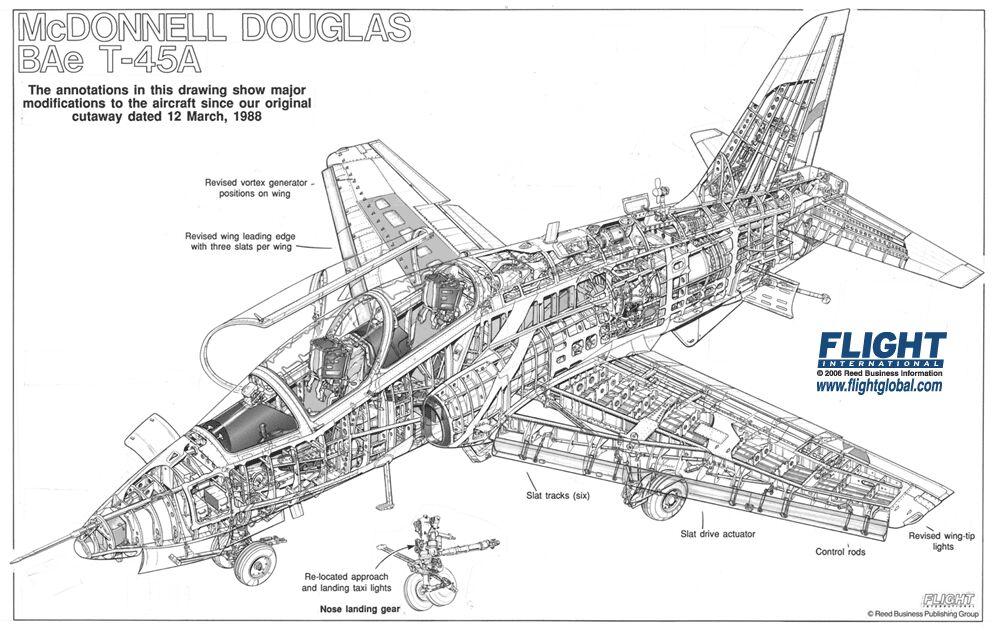 This T-45C aircraft was seen at the National Museum of Naval Aviation, Pensacola, Florida.