The F4D Skyray was developed by the Douglas company in the end-forties as a shipboard high-speed, high-altitude interceptor jet. It would be based on US Carriers and got a single Pratt and Whitney J57 jet engine and delta wing design although it was not a true delta. First flown January 1951, it showed very good performance setting several World records. It had always a single pilot, four 20mm cannons and a max weight of about 25,000 lb. It could carry external ordnance and could fire later on AIM-9 Sidewinder missiles. The aircraft entered US Navy squadron service in 1956 and over 420 Skyrays were built and even a squadron served with the USAF / NORAD. It went out of active service in 1964. 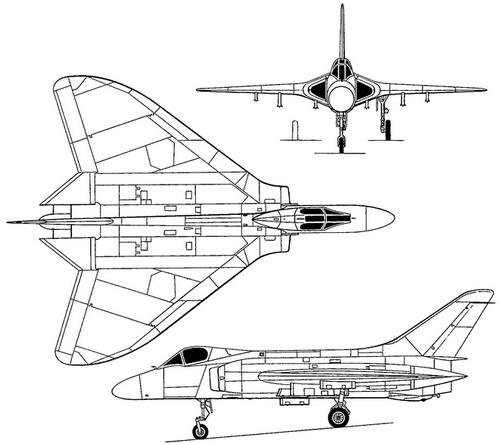 This F4D-1 Skyray (Bureau Number 134806) entered operational service with the US Navy VF-141 in 1956 and later served also at other squadrons. In 1962 the aircraft was transferred to the Naval Air Test Center at Patuxent River, where it served until 1969. It is now at the NAS Pensacola Museum.

This F4D-1 Bu.No 139177 in a scheme of VMF-AW-115 was seen on display at the Flying Leatherneck Historical Foundation and Aviation Museum, Miramar , CA.

Various plastic scale models exist of the Skyray. In 1/72 there was a good Airfix kit but later Tamiya issued a far better kit as well as a very good 1/48 kit. In 1/32 scale there is a very nice but expensive Fisher Model & Pattern resin model.

The first version of this page was created November 2015