The F3H Demon was developed by  McDonnell as a US Navy jet fighter end nineteen-forties and it was it's first swept wing aircraft. As many jet types at the time, it had large problems with the developed Westinghouse J-40 engine. It first flew in 1951 but many accidents ocuured during the initial test and development phases. The engine was changed to the Allison J-71 and production resumed with over 500 aircraft manufactured. It had standard four 20 mm canons. Several version were developed and the F3H-2M could fire the AIM-7 Sparrow air-to-air missile. But still performance was limited and quickly the type was replaced by other aircraft. The experience was later the basis for the very successful McDonnell F-4 Phantom series. Between 1956 and 1964, over 20 US Navy fighter squadrons flew versions of the F3H Demon. 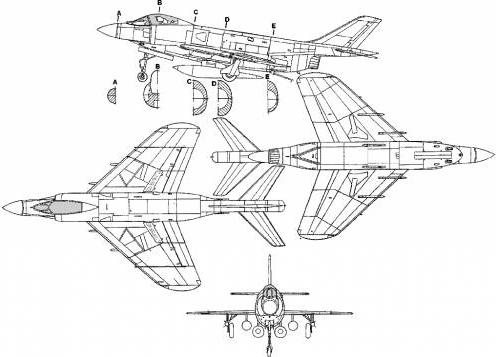 This aircraft (Bureau Number 137078) was delivered May 1957 and spend only two years in operational squadron service. It is now on display at  NAS Pensacola museum in the markings of US Navy Fighter Squadron VF-193.

Only a few plastic scale models exist of the Demon. In 1/72 there was first a Rareplanes vacuform and later EMHAR issued a simple injection moulded 1/72 kit. More recent are the Hobbyboss and AZ models kits in 1/48 scale.