The Boeing 747 was developed by the Boeing company in the 1960s and was a bit gamble for the company because it was a completely new airliner philosofy being designed as "wide body". It has a distinctive "hump" upper deck along the forward part of the aircraft.

A special long range version was the B747-SP with a shorter fuselage and the US Air Force operates the VC-125 / E-4 militarised aircraft. Over 1,500 aircraft have been manufactured. 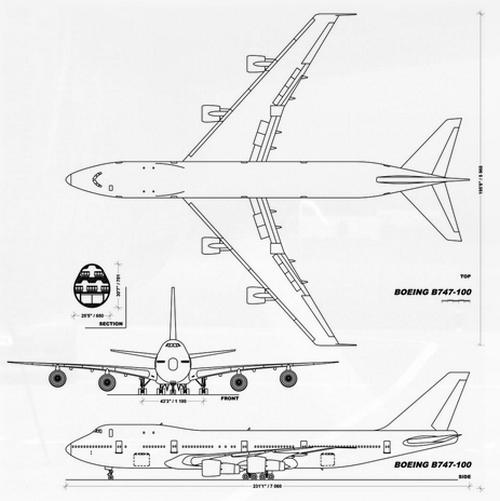 NOTE:  in the interior some panels have been removed to show the structure.

This is a former KLM B747-206 named "Louis Bleriot", registration PH-BUK. It was used for over 25 years by KLM with over 110,000 flying hours. After put out of service, it was transported by bark and road in 2004 to the Aviodrome museum at Lelystad airport. Most equipment is still in the aircraft like cabin furniture, cockpit systems. Some systems are kept running in the cabin interior and cockpit which also can be seen.

Two Boeing 747 airliners were modified for NASA use to transport Space Shuttle orbiters. This Boeing 747-100SR-46 was first built in 1973 and entered service with Japan Air Lines. The aircraft was obtained by NASA from the airline in 1989, modified by Boeing in the shuttle carrier aircraft configuration, and delivered to NASA on November, 1990. Upon its retirement on February 2012, it flew 386 flights as a NASA shuttle carrier aircraft, 66 of which were flights with a space shuttle mounted atop the fuselage. It flew 17 of the post-shuttle-landing ferry flights from Edwards to Kennedy. "NASA 911" is currently on public display at the Joe Davies Heritage Airpark in Palmdale, California.

Many many plastic scale models have appeared of the B747 "Jumbo jet" in various variants.

In 1/200 Hasegawa released kits in many airline liveries.

The only very large 1/72 scale model is from Aircraft in Miniature.

This walk around page was first published 2016 by M. de Vreeze