The  Concorde was designed as a unique supersonice airliner by the French Aerospatiale and British BAC corporations. First flight was in 1969 and it was designed to fly over twice the speed of sound at Mach 2.04 (1,354 mph or 2,180 km/h at cruise altitude). The nose could be drooped down for take-off, taxiing and landing for better pilot visibility. Four Olympus engines powered the aircraft with a special intake design. Cabin layout had seating for 92 up to 128 passengers. Twenty Concordes were manufactured including six prototypes and test aircraft. Airliner service entry was in 1976 with Air France and British Airways that got each 7 aircraft. Commercial fast flights were to various destinations out of Paris and London but tickets prices were high as it was expensive to operate. There was an unfortunate fatal crash at Paris Le Gaulle airport in July 2000 caused by outside debris on the take-off runway. The last Concorde flew commercially in 2003. 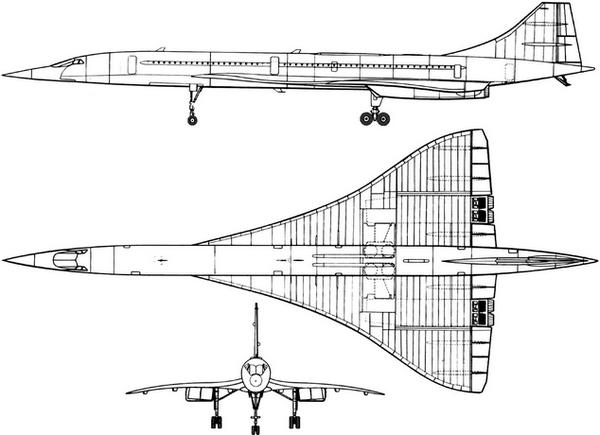 At the Le Bourget museum "Musee Air et Espace" at Paris 2 Concordes aircraft are one display: Concorde F-WTSS prototype and F-BTSD of Air France. The Concordes are shown fully and some oft he interior panels have been removed to show the structure and systems. The test equipment in the prototype is also shown inside.

Various scale models of the Concorde have been released over the years. In the 1/144 scale Airfix / MPC and Revell  had kits.

Large models are a 1/72 offering of Airfix / Heller and an expensive but fine resin-fiberglass 1/48 kit of HPH.