The Dassault Mirage 4000 was a heavy large supersonic fighter and experience with the Mirage 2000 was used in the design. Its secondary role was also to act as fighter-bomber. It was a Dassault company private venture and first flight was in March 1979. It had two SNECMA M53 engines and could fly over 2,400 km/hr with a range of 2,000 km. But no orders were obtained, not even from the French Armee de l'Air. 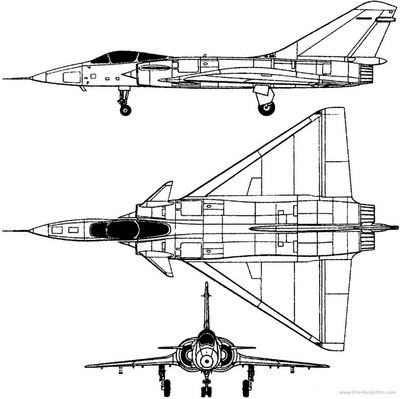 This only prototype aircraft is now on display at the Musee de l'Air et de l'Espace at Le Bourget airport, Paris.