The Dassault Etendard was designed as a carrier borne fighter aircraft. First flight was July 1956 and it had a single SNECMA ATAR 8 engine and could fly supersonic. It had 2 canons and could be armed with missiles and bombs positioned at wing pylons. The French Aeronavale used about 90 Etendards and many flew from their two carriers. From 1981 it was replaced by the Super Etendard. 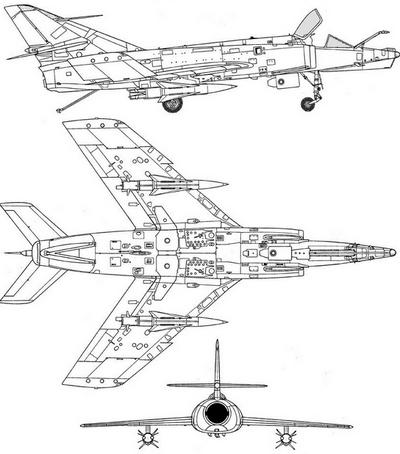 This Etendard with code "56" and is shown with 2 large underwing fuel tanks. This aircraft is on display at the Musee de l'Air et de l'Espace at Le Bourget airport, Paris.