The Dassault Super Etendard was based on the earlier generation Etendard and modernized by the Dassault company. It got a radar and system upgrades to operate as carrier borne fighter aircraft. It entered a running competion (and the naval Jaguar M program was cancelled) and was ordered. First flight was October 1974. The French Aeronavale used from 1978 about 70 super Etendards (as well as Argentina) and in 1990 an upgrade program was executed. It flew operationally until March 2016, and was replaced by the Rafale M. 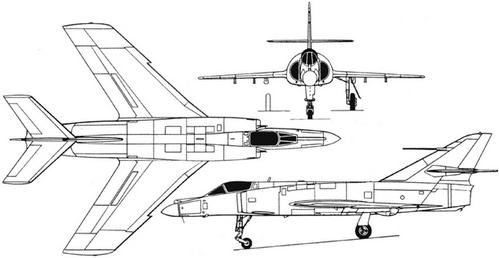 This Super Etendard coded "64" has a camouflage scheme This aircraft is on display at the Musee de l'Air et de l'Espace at Le Bourget airport, Paris.