The Nord 1500 Griffon was designed to full fill a requirement by the French air force for a MACH 2 fighter in the 1950s. It was a turbojet and ramjet powered aircraft designed by Nord Aviation. First flight was September 1955 but without ramjet. The Griffon II got the ramjet and on a flight in 1958 it reached MACH 2.19. But the type was complex and Dassault came with less complicated types in the Mirage series. 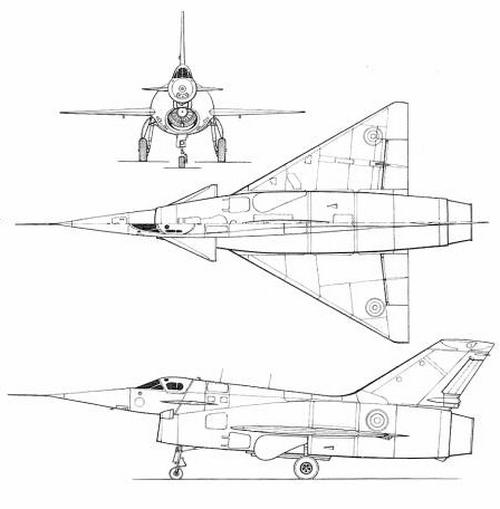 This Griffon II (1500-02) prototype is on display at the Le Bourget museum "Musee Air et Espace" at Paris.