The Dassault company designed a supersonic strategic bomber and deep-reconnaissance aircraft amidst the Cold War. Looking like a scaled up Mirage III, the much larger Mirage IV also got a delta wing and a 2 man crew with a max speed of over MACH 2. It first flew October 1959 and became operational in 1964 and was part of the French nucleair deterrence, the "Force de Frappe" operating about 60 aircraft that could drop a nuclear 60kt bomb. The aircraft type was retired from its nucleair role in 1996 and completely in 2005. 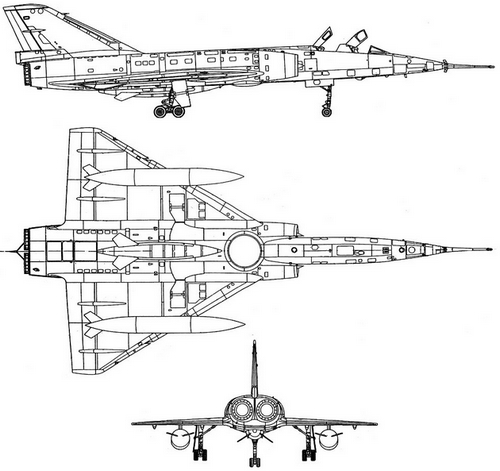 This aircraft with code 62 / "AH" bears the usual camouflage scheme.   It is on display at the Le Bourget museum "Musee Air et Espace" at Paris but could only be photografed from one side.