The Alenia Aermacchi M-346 Master is an advanced military transonic trainer aircraft. Originally it was developed with the Russian Yakovlev company using experience of the Yak-130. Cooperation collapsed due to financial problems in Russia however in 2000 but Italian Alenia Aermacchi continued the program with also Western companies being involved. The M-346 was significantly changed, is fully digital and it has 2 Honeywell F124 turbofans giving it a maximum speed of about 1050 km/hr. It's first flight was in July 2004. The type is for "lead in" jet training and it can emulate/simulate a lot of weapons and 9 pylons can be installed for live weapons training.

The type is currently operated by the air forces of Italy as T-346A and Israel with orders from Singapore and Poland. 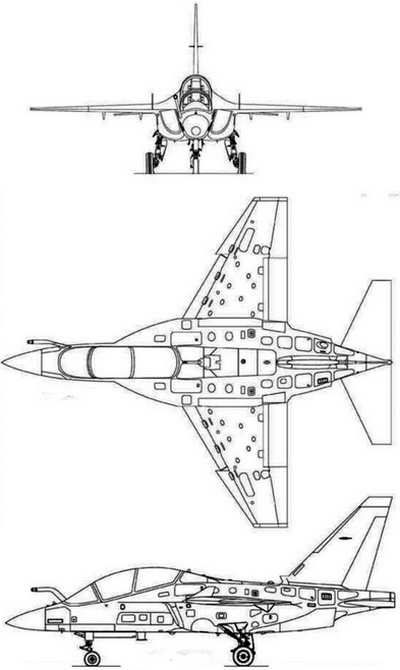 A few recent plastic scale models are available: Kinetic released in 2018 a 1/48 kit and Scratchaeronautics has a 1/72 resin kit.