The C-141 Starlifter was designed as strategic transport by the Lockheed company in the 1960s. First flight was in December 1963. It has 4 Pratt and Whitney TF33 tubofans giving it a maximum speed of about 900 km/hr and a range of 4700 km. The C-141A played an important role in supplying equipment to Israel e.g the Yom Kippur war in 1973 and during the Vietnam war. The aircraft had a large weight lifting capability but the cargo hold often restricted what could be transported. It was decided in mid 1970s to modify many existing aircraft to extend the fuselage by 7,1 meters, creating the C-141B. A later upgrade program with avionics and "glass" cockpit resulted in the C-141C. The type was solely used by the United States Air Force and during subsequent years about 285 aircraft were manufactured. 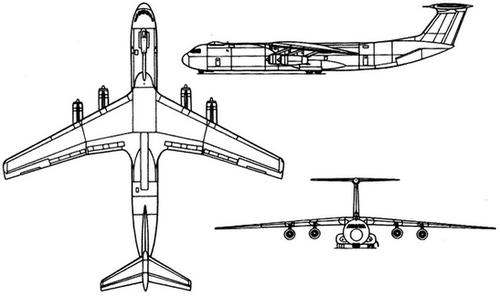 In 1/72 only a large Anigrand resin kit is now available though in the past vacuforms were released by Combat Models and Nova which are now very rare.

This page was first published January 2017 by M. de Vreeze