The Lockheed C-5 Galaxy is a large military transport aircraft and provides the United States Air Force with strategic airlift capability. Development started in the nineteen sixties and the first aircraft was ready in 1968. There were numerous development problems, but nevertheless the USAF got its first aircraft in 1969. The C-5 can carry larges cargos, including all air-certifiable cargo. It has been used to support US military operations in all major conflicts including Vietnam and also disaster relief missions. During its service life, several updates were done, like fitting new wings and system updates. The C-5 fleet remains important for the USAF and it is expected that its service life is beyond 2040. 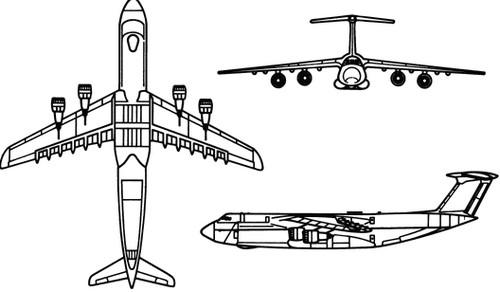 This aircraft is used by the US Air Force as a large strategic transport and due to its size its name Galaxy is logical. It was photographed at Nellis AFB, Nevada, USA.

This walk around page was first created November 2011 by M. de Vreeze