Walk around - North American B-45 Tornado

The North American Aviation B-45 was one of America’s first operational bombers with jet propulsion. Designed as NA-130 during 1944 and 1945, the Tornado had a straight unswept wing and 4 jet engines in 2 wing nacelles. First flight was February 1947 and it became the first jet bomber in service with the U.S. Air Force. It was the first four-jet aircraft to drop an atom bomb at a test and the first to be refueled in mid air. Other versions were the longer range B-45C with wingtip tanks and the photoreconnaissance version, the RB-45C which was also flown a brief period out of the U.K. on secret missions in RAF markings.

About 143 aircraft were manufactured and the B-45 was also used during the Korean War. 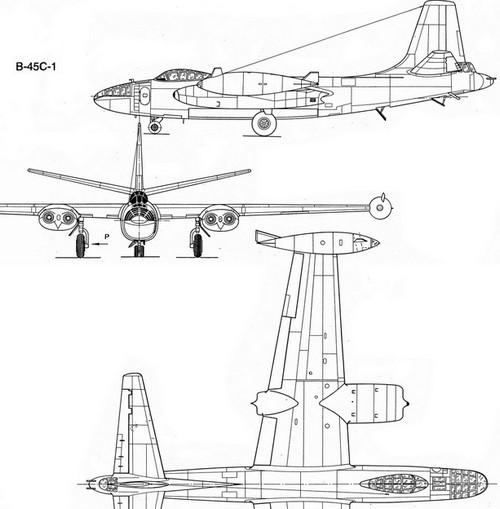 This walk around page was first created January 2018 by M. de Vreeze