The Lockheed D-21 was a reconnaissance drone that could be deployed from the Lockheed SR-71 Blackbird that acted as mothership. The D-21 was an unmanned ramjet powered craft that would fly over "high-threat" targets to make the desired photos. It would than fly to a safe area and drop the photo canister with a parachute. The idea was to pick the parachute with its load in mid-air by a special JC-130 Hercules. This D-21 system was apparently used only a few times. 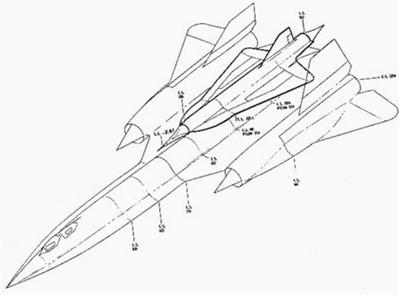 This D-21 drone was seen as preserved at Blackbird Airpark at Palmdale Plant 42 since September 1991 where it was seen in 2016.

This walk around page was first created January 2019 by M. de Vreeze; note Copyright! No part may be published without prior written permission by the author / IPMS Nederland.