The Boeing (formerly McDonnell Douglas) C-17 was developed as a new generation large military transport aircraft. Developed for the United States Air Force (USAF) from the 1980s to the early 1990s by McDonnell Douglas, the C-17 is used for rapid strategic airlift of troops and cargo to main operating bases or forward operating bases throughout the world. It can also perform tactical airlift, medical evacuation and airdrop missions. The C-17 carries the name of two previous, but unrelated piston-engine, U.S. military cargo aircraft, the Douglas C-74 Globemaster and the Douglas C-124 Globemaster II.

In addition to the U.S. Air Force, the C-17 is operated by the United Kingdom, Australia, Canada, Qatar, United Arab Emirates and NATO Heavy Airlift Wing. Additionally, India has approved the purchase of C-17s. 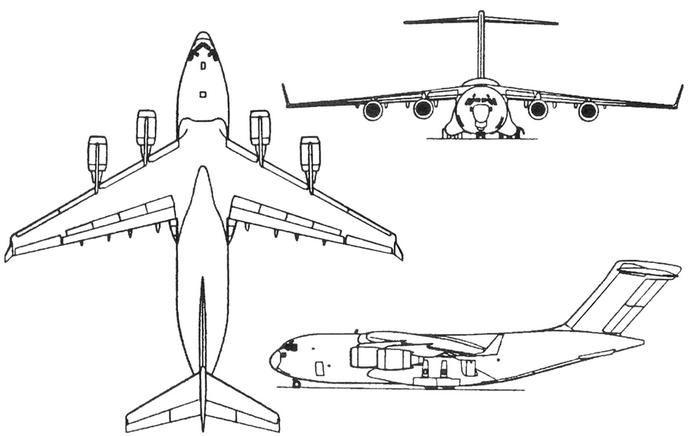 This aircraft is used by the US Air Force as a tactical transport and known as Globemaster III. It was photographed at Nellis AFB, Nevada, USA.

This USAF aircraft was photographed at Volkel AFB, The Netherlands

This Globemaster III of the USAF 452nd AMW "Spirit of Ronald Reagan" was photographed at March AFB, California USA. "Loads" of detail can be seen also of the interior.

This walk around page was originally created January 2012 by M. de Vreeze