Compared to the Hornet, the Super Hornet is larger, heavier and has improved range and payload.  It has a much larger wing and rectangular intakes and numerous new systems. A single seat (F-18E) or two seat version exist (F-18F). The F/A-18E/F was originally proposed as an alternative to an all-new aircraft to replace existing dedicated attack aircraft such as the A-6. The type was also directed to replace the aging F-14 Tomcat, thus serving a complementary role with existing older Hornets in the U.S. Navy. It now serves in a wider range of roles including refuelling tanker and electronic jamming platform called the EA-18 "Growler". The "Super Hornet" is now widely used by the US Navy also from its carriers as the older generation F-18A and F-14 have been put out of service. 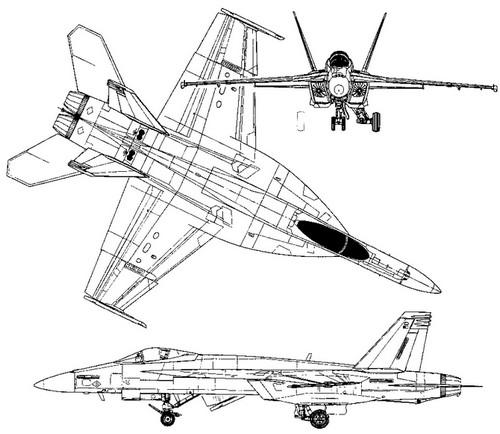 This particular aircraft was photographed at Nellis AFB, Nevada.

This F-18F of the US NAVY was seen at a show at Pensacola Florida.

Some plastic scale models available: in 1/72 from Hasegawa, Revell and Academy. In 1/144 from Dragon. In 1/48 Hasegawa and Revell have a nice kit. In 1/32 scale Trumpeter has a nice large kit.

The first version of this walk around page was created January 2012 by M. de Vreeze.