The Dassault Mirage 2000 is a French multirole, single-engine fourth-generation jet fighter manufactured by Dassault Aviation. It was designed in the mid 1970s as a lightweight fighter as far better replacement for the based on the Mirage III. The Mirage 2000 evolved into a successful multirole aircraft with several variants developed. The variants include the Mirage 2000N and 2000D strike variants, the improved Mirage 2000-5 and several export variants. Over 600 aircraft were built. 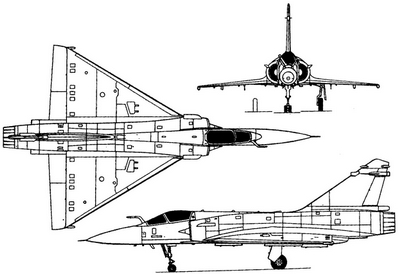 This is the two seater variant, Mirage 2000 D of the French Air Force (Armee de l'air), photographed during the Open day at Leeuwarden AFB, The Netherlands

This prototype aircraft 2000-01 is on display at the Musee de l'Air et de l'Espace at Le Bourget airport, Paris.