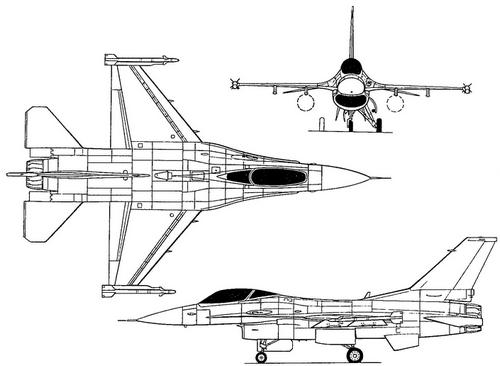 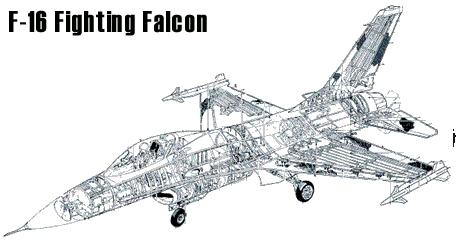 Designed as a "light" air superiority fighter by General Dynamics, the first YF-16 flew 30 years ago in January 1974. Since that time the F-16 has appeared in many sub-variants.. I will not go into too much detail on the history and technical details, on the internet a lot of information can be found  (like on our member Meindert's F-16 page here....  )

The Lockheed (previously General Dynamics) F-16 Fighting Falcon is used by many air forces around the world, including the Royal Netherlands Air Force (Koninklijke Luchtmacht). Some 213  F-16A and F-16B Fighting Falcons were ordered by Dutch AF and delivered between 1979 and 1990 to replace NF-5 and the F-104 Starfighters. They became the backbone of the current Dutch Air Force KLu.

Many Dutch F-16's receive(d) a Mid Life Update and program in 2000 for most aircraft. The F16AM is the official type specification for a MLU F-16. The AM and BM versions are Mid-Life Updates (MLU) of the regular A and B versions ("block 10" and "block 15").

Nowadays the operational KLu aircraft fleet is drastically reduced and plans are that the F-16's  will be replaced in the KLu by the Lockheed F-35A JSF. The Royal Netherlands Air Force (KLu) also has a test aircraft  two seater F-16B MLU. It is used for testing delivery of ordnance but also for new systems, seekers, avionics and much more. This aircraft has the nickname "Orange Jumper", with code " J-066".  (A special article was published in our IPMS NL MIP Magazine nr 2010-4).

and additional photo's of the F-16B MLU "Orange Jumper" :

For training, several KLu aircraft are often based in the USA such as Nellis AFB. The KLu aircraft seen here is F-16A MLU "J-647". It is fitted with a  "travel pod" below the center fuselage.

This F-16A MLU of the KLu was seen at a Dutch AFB with some parts in crates.

Here several two seat  F-16B MLU aircraft of the KLu are shown while training in the USA.

Here cockpit details are shown of a F-16A MLU of the KLu.

Here cockpit details are shown of a two seater F-16B MLU of the KLu.

Here details are seen (mostly of F-16A MLU aircraft) like the undercarriage.

and various opened up panels on the airframe and some cockpit....

Smokewinder at the wing tip:

Details of the ACES II ejection seat during maintenance. This type of seat is most commonly used.