Designed as an advanced high speed jet trainer, the Fokker S-14 "Mach trainer" had its first flight May 1951. The S.14 had a side by side seating and had a single Rolls-Royce Derwent engine. The aircraft met requirements but was only ordered for the Royal Netherlands Air Force. Other air forces often got cheap or free American aircraft due to the MDAP program. 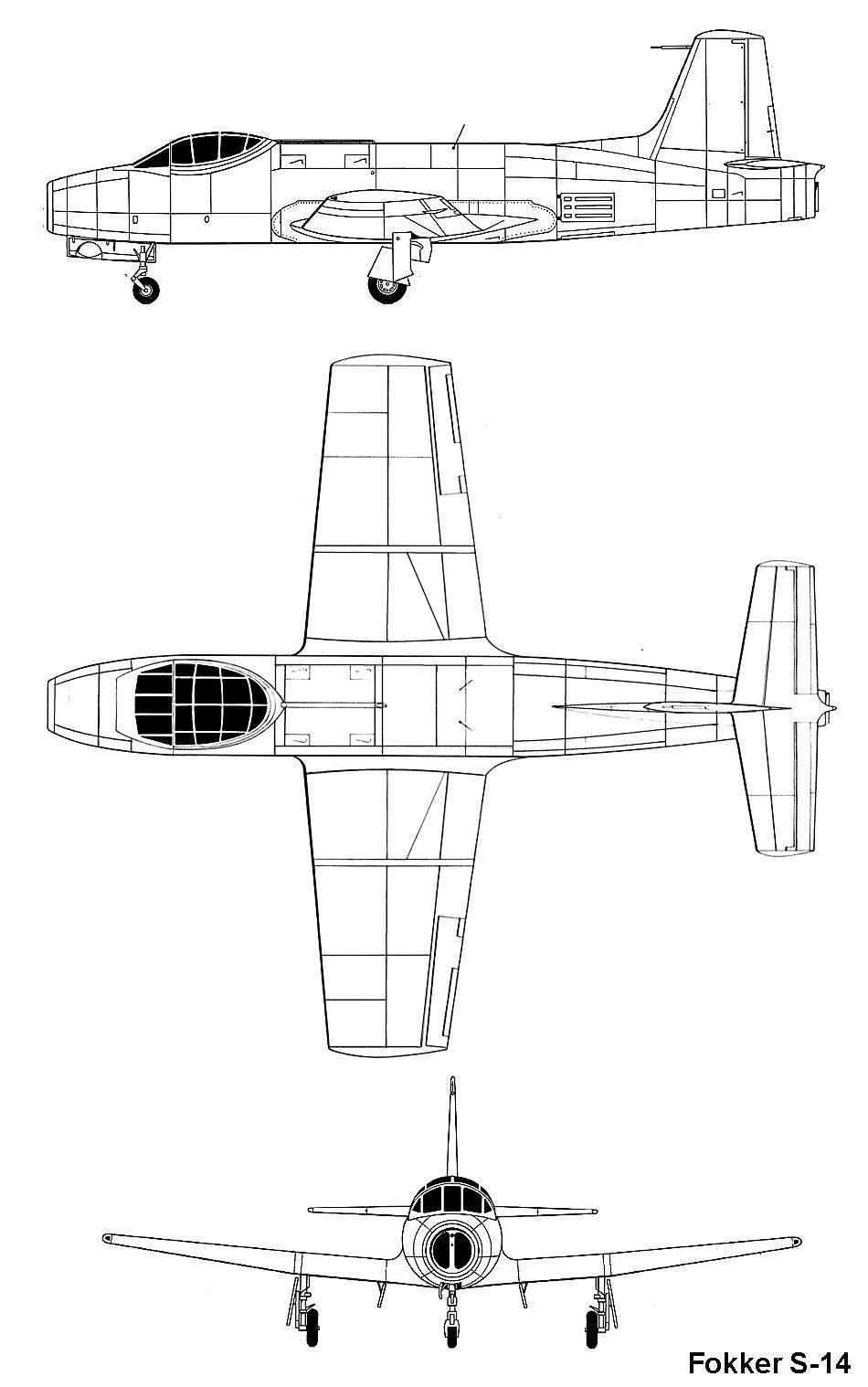 This Fokker S-14 jet trainer was used by the Royal Netherlands Air Force (KLu)  with code "L-11" serial 7356 from 1956 tot 1964 by the KLu . This aircraft was on display at the MLM museum in Soesterberg which is now closed. Several exhibits are to be re-located at the new museum to be opened End of 2014.

Here the aircraft was seen outside on an Open Day (Photographed 1998 by Meindert de Vreeze):

The prototype Fokker S.14 is seen here wearing the markings of the Nationaal Lucht en Ruimtevaart Laboratorium, with code K-1 and registration PH-XIV. It was retired in 1996 and is on display at the Aviodrome museum in Lelystad.