The Lockheed Martin F-35 started as the "Joint Strike Fighter" (JSF) project after the Lockheed X-35 being declared the winner after a competition. Called the Lightning II , this type is a family of single-seat, single-engine, all weather stealth fighters of the fifth generation. It is designed for various missions and theatres with several versions:   F-35A conventional takeoff and landing (CTOL) variant, the F-35B short take-off and vertical-landing (STOVL) variant, and the F-35C carrier-based CATOBAR (CV) variant.

This fifth generation aircraft has stealth capability and is very complex. For high threat missions, the attack stores are carried internally to avoid detection. Also, outboard pylons with stores can be fitted. The electronics are very complex and there have been numerous cost overruns and technical issues. Program delays often occur.

As of end 2013, three U.S. services and eight international partners are involved in the F-35 program. The United Kingdom also ordered the F-35 and also The Netherlands which is a Level 2 partner. For the US armed forces, over 2,000 F-35 aircraft are in the budget plans.

The Netherlands ordered 37 F-35A aircraft for the Royal Netherlands Air Force (KLu). Testing started of their F-35 aircraft with training the first pilots at Eglin AFB Florida.  First test aircraft arrived end May 2016 at Leeuwarden for a first evaluation like noise measurements. Operational F-35A aircraft of the KLu will arrive not earlier than 2019 in The Netherlands. 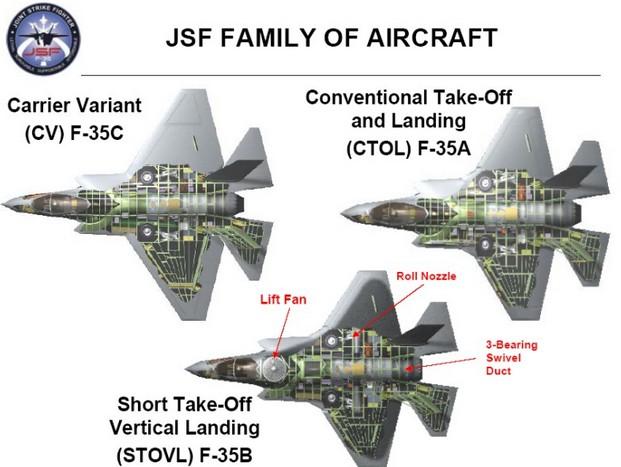 This F-35C is the carrier based version and it features larger wings with foldable wingtip sections, larger wing and tail control surfaces for improved low-speed control, stronger landing gear, a twin-wheel nose gear, and a strong tailhook. This aircraft of the "grim reapers" was seen at Pensacola NAS, Florida USA November 2014. 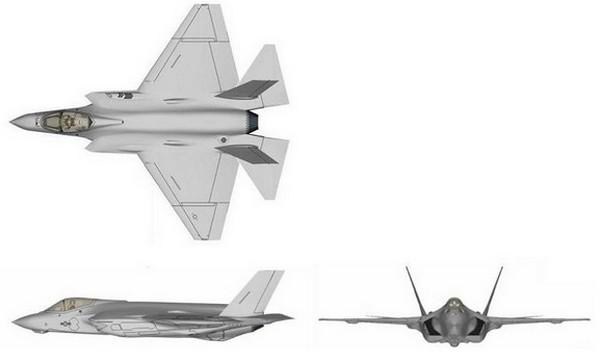 First 2 test aircraft for the KLu as they arrived on May 23, 2016 at Leeuwarden air force base, The Netherlands. Coming from Edwards AFB through Patuxent River (USA), ferried over the Atlantic, these KLu aircraft "F-001" and F-002" are to stay for about 3 weeks for first evaluation and noise measurements. Delivery of first operational deployment of the KLu F-35A aircraft of the fleet of 37 aircraft in total is expected not earlier than 2019. The F-35A are to be stationed at bases Leeuwarden and Volkel AFB .

A few F-35 aircraft visited the International Air Tattoo (RIAT) 2016 in the U.K including the first RAF J-35B aircraft.

The advanced ejection seat to be used in all F-35 versions is seen here as on display at Edwards AFB.

One of the 2 test aircraft for the KLu based in Nellis. Seen at air show Nellis Airforce Base, Nevada.

Various scale models exist of the F-35A. In 1/72 scale Fujimi, Italeri have issued models. But a very good model is of Academy (that has a weapons bay). Also Hasegawa has a nice model. In 1/48 KittyHawk has issued the F-35. In 1/32 scale Italeri released a F-35A.

The Netherlands Air Force ordered the F-35. Enthusiasts and historians can see more on our IPMS NedMil pages here....

This walk around page was first created end 2014 by M. de Vreeze