The Lunar Roving Vehicle (LRV) or lunar rover was a battery-powered four-wheeled rover used on the Moon in the last three missions of the American Apollo program (15, 16, and 17) during 1971 and 1972. It was popularly known as the moon buggy, a play on the phrase "dune buggy". The LRV was transported to the Moon on the Apollo Lunar Module (LM) and, once unpacked on the surface, could carry one or two astronauts, their equipment, and lunar samples. The three LRVs remain on the Moon. 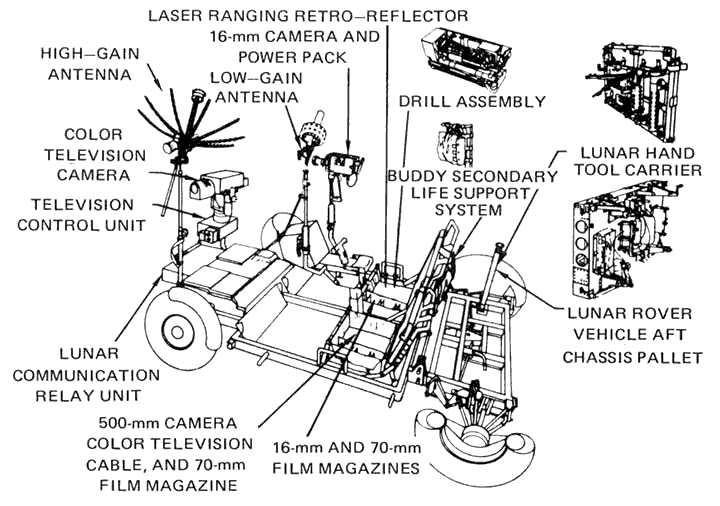 A few scale models exits of the Apollo program LRV. A 1/32 model is an example EVA  and a 1/43 model from Model Assemblies. In 1/24 Larson Design and also metal models such as 1/43 from MiniChamps.