The Orpheuspod was a reconnaissance pod specially developed by the Dutch OlDelft company. The pod is used for high speed and low level reconnaissance. It normally had five day-light camera's and an Infra Red Line Scanner (IRLS). To protect the side camera glas windows, screens could be lowered. The forward camera front glas window had blinds that could be pulled up.

Several versions were developed, the Orpheus IV pod being the most advanced model. It was carried by Royal Netherlands AF aircraft like the F-104 and the F-16. Some pods were also used by other NATO air forces. 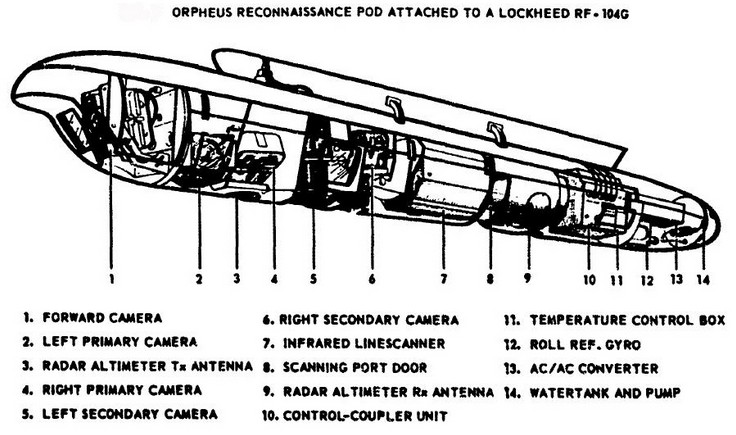 This pod was at display at Volkel AFB.

This pod was seen during construction at Fokker Papendrecht.

In 1/32 scale in 2018 VideoAviation.com has released 2 different resin sets, with choices of either an Italian pod or Dutch Air Force (KLu) Orpheus pod (which differ).