The S-11 is a single engine two seater propeller aircraft designed and manufactured by the Fokker aircraft company. It was a basic trainer and called the Instructor. Development started after the Second World War when the company was starting up again and the first aircraft flew December 1947. S-11 trainer aircraft were sold to the Royal Netherlands Air Force (KLu) but also exported to Israel, Italia, Paraguay and Bolivia. License manufacturing took place in Brasil with the S-12 fitted with tricycle landing gear (known as the T-22 Instructor). Many surviving aircraft are now flown in private flying clubs.

This Fokker S-11 basic trainer 'E-9" was used by the Royal Netherlands Air Force (KLu). This aircraft bears the name of Ben van Schaik, but this was set later on the aircraft when used by a private flying club. It is on display at the Aviodrome museum in Lelystad.


Here a couple of other S-11 aircraft are seen in the markings of the KLu in the Aviodrome hangar: 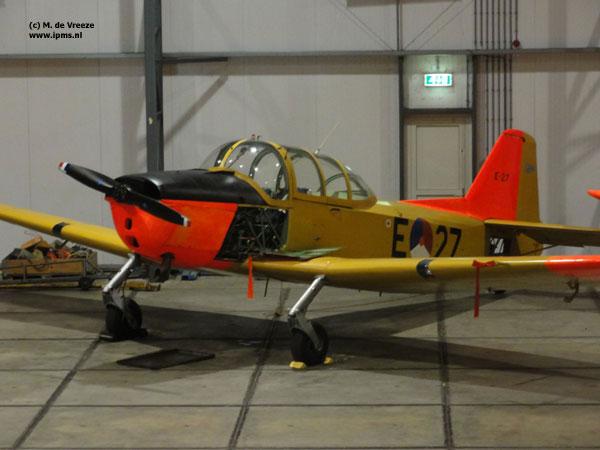 The prototype Fokker S.12 was based on the S-11 but had a tricycle gear with nose strut. The private "PH-NDC" serial 6287 is seen here at the Aviodrome museum in Lelystad: 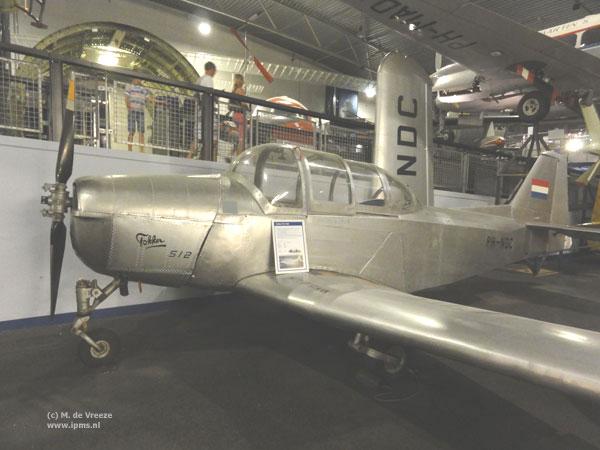