During the 1930s, the Seversky Aircraft Company, that later became the Republic company, started work on various prop fighters. The P-47 was one of them and redesign took place to improve performance. The re-designed aircraft used a 2,000 hp Pratt & Whitney Double Wasp XR-2800 engine and had eight machine guns. A USAAC contract was awarded and the aircraft flew mid 1941. Despite new problems, several hundred aircraft of the P-47B and P-47C were put into production known as the "razorback". It was deployed into the war end 1942 in Europe. New versions were also developed  Thunderbolt as it was generally known , and the P-47D  got a bubble canopy for better pilot visibility. Also a P-47N and M were developed with longer range for escorting bombers. It was particularly also effective as grond attack fighter and over 15,000 aircraft were built. After the Second World War several air forces used the type well into the 1960's. 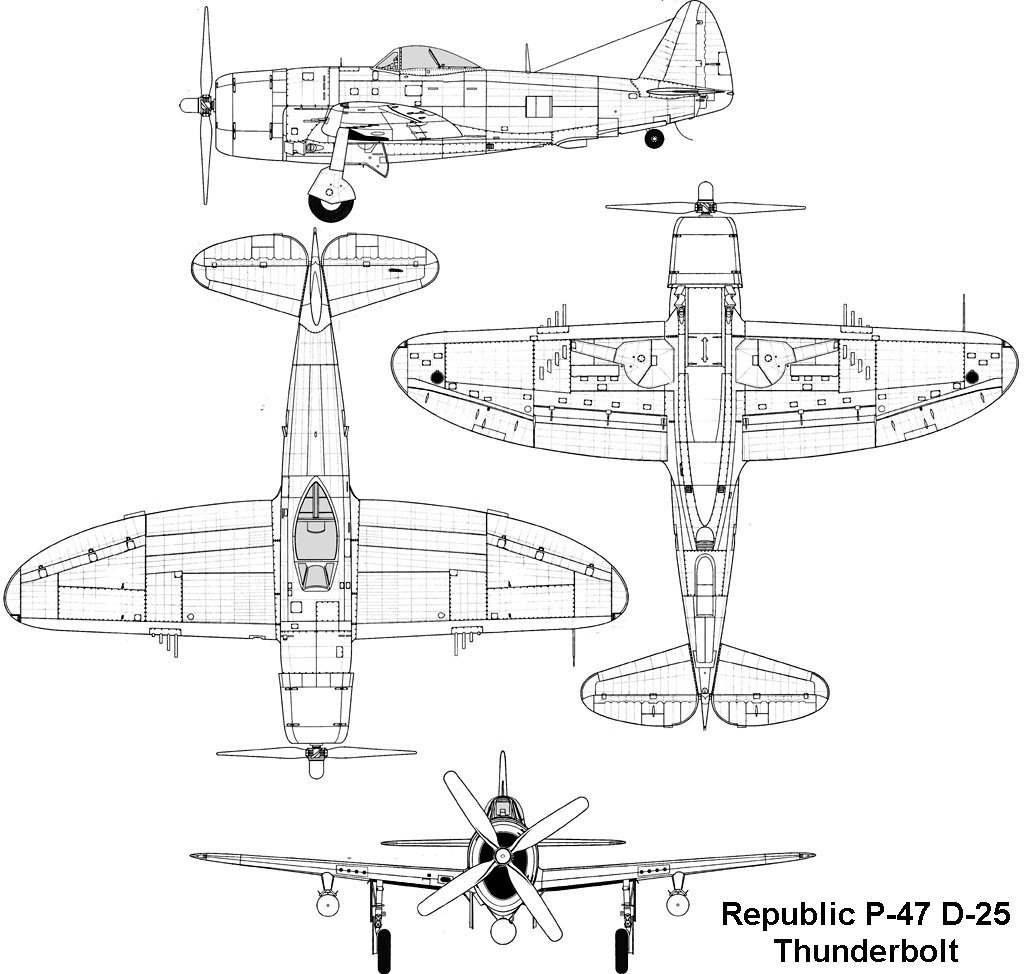 This P-47D Thunderbolt has current civil registration NX47RP . It has code 2Z-P  and serial cn 399-55744. This aircraft is at the Palm Springs Air museum (CA). It has been restored to flying condition and displaying nose art "Squirt VIII".

This P-47D-30-RA Thunderbolt with serial 44-32691 is in splendid condition. It is since 2003 on display at the Steven F.Udvar Hazy Center of the Smithsonian.

Many, many scale models have appeared over the years of the P-47, also in various variants.

Vintage Fighter has a basic but large 1/24 kit. Very nice is a Hasegawa 1/32 scale P-47D with also an Eduard kit which is the Hasegawa kit but with some extra parts.

In 1/72 Tamiya and Academy have very nice kits.

In 1/48 Tamiya has a fine kit but there are many many models.

The first version of this page was created January 2014 by M. de Vreeze ; note Copyright!