The Bell P-39 was designed as a fighter and first flight was in 1938. It was unique as it had its engine installed mid ship with a long drive shaft driving the nose propeller. This was done to install armament in the nose and to get a streamlined nose. The pilots did not always like the flight characteristics and engine cooling was not easy which also had no supercharger limited performance at altitude. The P-39 was used as a fighter nevertheless also by the Royal Air Force as fighters were urgently needed in the beginning of the Second World War. Dubbed the "Airacobra", during the war, large numbers went to the Soviet Union to be operated by the Soviet VVS during the war. It was produced in large numbers and the USAF used it also in the Pacific. Nearly 10,000 P-39 aircraft were manufactured in various versions.

The P-63 was a derived trom the P-39. Called  the P-63 "King Cobra" it had slightly different dimensions, a turbo charger and also other differences like the wing. The prototype flew in December 1942. Being inferior the the P-51 Mustang, in the USA it was used mostly for training. But the Soviets were interested and thereafter like the P-39 also many P-63's were sent by ship convoys to Murmansk. It was used for ground attack and close support. 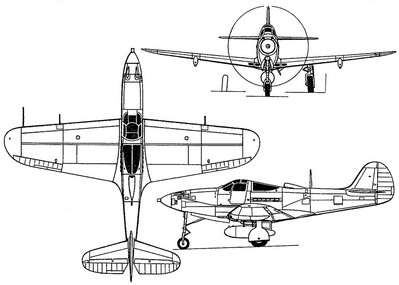 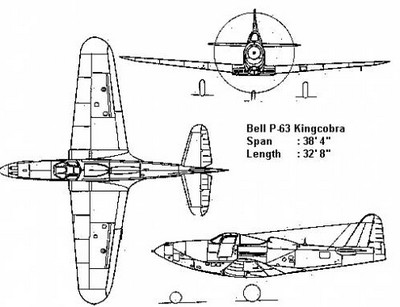 This P-39N was manufactured by Bell end 1942 and has an Allison V1710 engine. It also flew with the Royal Air Force during the war and was recovered manya years later after being abandoned in Tadji, New guinea. It is restored and now located at the Yanks Air Museum at Chino, California USA.

This is a King Cobra P-63A-7. This aircraft was delivered May 1944 and primarily used at "base units" in the USA until October 1945. It is restored as the "Fatal Fang" and is located at the Yanks Air Museum at Chino, California USA.