The C-123 Provider was designed by the American Fairchild (Chase) as a medium military transport aircraft. Design started in in the nineteen fifties and the C-123B production model had two 2300 hp R-2800-99W engines with accommodation for 61 troops or 50 stretchers. It was delivered to USAF and later also USCG. It saw service during the Vietnam War , also in mysterious operations. It was used by the TAC and Reserves until 1990. 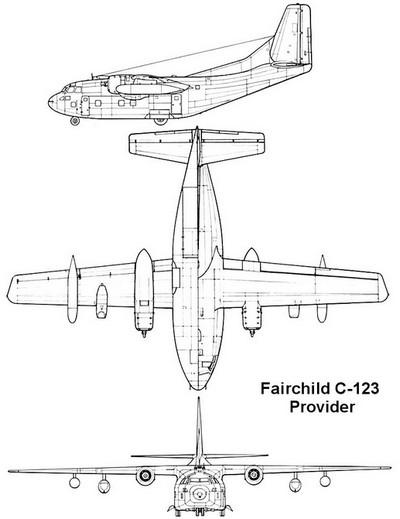