The Consolidated PB4Y-2 Privateer was designed as a patrol bomber during the Second World War. It used many ideas of the B-24 Liberator but had changes like a higher tail. A NAVY version was a dedicated long-range patrol bomber designed in 1943, designated PB4Y-2 Privateer. During the last years of the war the type was used, but most of the over 700 aircraft were used after the war. In the Korean War Privateers were used for e.g. Firefly" night illumination missions; It dropped parachute flares to detect North Korean and Chinese infiltrators.

Also, Privateers were used for weather reconnaissance and signals intelligence (SIGINT) flights off of the coast of the Soviet Union and China. 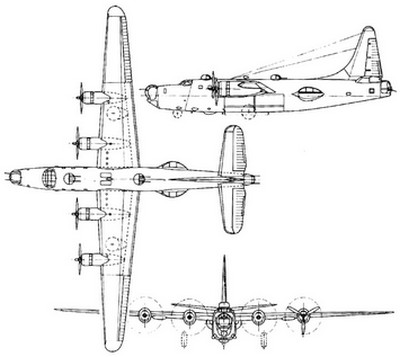 This Consolidated PB4Y-2 Privateer Bur.no 66300 has civil registration "N2872G". After US Navy use it was sold and converted to tanker fire fighter. It bears C/N 66300 and the aircraft is located at the museum at Chino.

This Consolidated P4Y-2 Privateer N2871G was delivered to the US Navy as PB4Y-2 BuNo 66302 in 1945 and was subsequently transferred to the US Coast Guard and redesignated P4Y-2G. Put out of military service in 1959, it was used by many companies over the years. It has carried various liveries including fire fighter schemes.

Here it was seen in a standard metal scheme at Casa Grande airport, Phoenix, Arizona in 2014.

and another series of photo's of the same aircraft, seen at Casa Grande airport end 2016. It appears to be now the sole still flying Privateer.

This PB4Y-2S Bur.no 59819 Privateer was manufactured at San Diego and delivered June 1945 to the US Navy. It flew the last months of the Second World War with VPB-120 from the Aleutians. After the war it flew with various units and put in storage in 1957. In 1965 it was purchased by Aerial Contractors and converted as tanker fire fighter and used for many years until 1990. It was restored as a museum aircraft by the Lone Star Museum in Texas coded N3739G. It was damaged by hurricane water in 2008. It was decided to sell and transfer it to the Pima Air museum, Az.

It was seen at Pima.

There are a few plastic scale models of the Privateer. In 1/72 scale of Matchbox (also issued by Revell). In 1/48 there is B-24 conversion set  from Koster.

This web page was first published at this site December 2014 by M. de Vreeze