The Grumman F3F biplane was developed in the nineteen thirties as a fighter for the US Navy. It was a biplane and it had a Pratt & Whitney R-1535-72 Twin Wasp Junior engine. Deliveries were in 1937 and 1938 with some different versions. It was replaced by the Brewster Buffalo and the Grumman's own F4F Wildcat using experience obtained with the F3F. All F3Fs were withdrawn end of 1941 but many were used for training during the war. 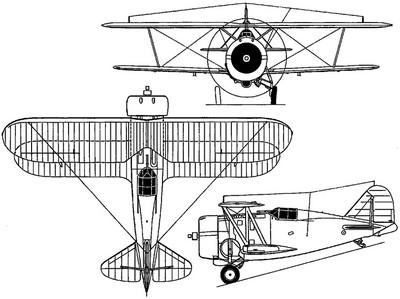 This Grumman F3F-2  has Bu.No 0976. The aircraft was ditched  August 1940 after engine failure due to fuel pump problems off California. It was found in 1988, restored in San Diego and is now on display at the National Museum of Naval Aviation, NAS Pensacola, Florida. It has the code " 2-MF-16".

Some scale models exist, like the 1/72 scale Special Hobby kit which is obviously much better than the very old Rareplanes vacuform. In 1/48 Accurate Miniatures has a nice kit. Revell-Monogram has a 1/32 kit of the F3F-3.

this walk around page was created November  2015  by M. de Vreeze ;   note the Copyright!