Walk around - Dornier Do-24

The Dornier Do-24 was designed acoording to a Dutch specification for a long range flying boat for use particularly in the Dutch East Indies. The Dutch Naval Flying Service already used the Dornier Wal which was a good aircraft. The Do-24 offering was ready in 1936 and the MLD ordered the Do-24K August 1936 with Wright Cyclone engines. The MLD preferred this engine because they were familiar with it.  First Do-24 flight of the prototype was July 1937 with a demonstration at sea at Scheveningen in September 1937. A large MLD order followed with also license manufacturing by Aviolanda and De Schelde.

The MLD Dornier aircraft particularly serviced end nine thirties in the Dutch East Indies with over 30 aircraft based there when the Far East war reached the Dutch Colony. Most aircraft were destroyed during Japanese attacks, but six escaped to Australia. But unfortunately many were destroyed during a bombing attack at Broome in March 1942. The survivors were transferred to the Australian RAAF. 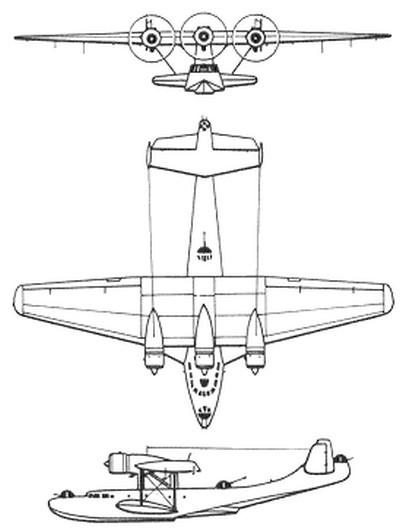 This aircraft is actually a former Spanish used aircraft painted (DO-24-T3). On loan from Hendon N99225 it is painted in an old Dutch Naval Flying Service scheme of the MLD (Marine Luchtvaart Dienst) and on display at the new Dutch National Military Museum (NMM) at the former Soesterberg airfield, The Netherlands. The plane has the "X-24" registration and the colours seem a bit off.

A few scale models exist of the Dornier Do 24. In 1/72 of Revell/Italeri but it needs a conversion with the DEKNO set. In 1/48 scale Fonderie and MPM_HML have a kit.