Walk around - Brewster B339

The Brewster F2A Buffalo was an American fighter aircraft and was a monoplane with an arrestor hook and other modifications for US NAVY aircraft carriers. Designed in the nineteen thirties, it was also ordered and delivered to other countries. By the time the Second World War reached the Far East, it was obsolete.

The Dutch ML-KNIL had ordered the type as well. The first 24 aircraft of type B-339C had the Wright GR1820-G105A engine of 1,100 horsepower, the subsequent 48 B-339D aircraft would get the more powerful Wright G205A engine with 1200 horsepower. The first delivery began in March 1941 and the Dutch called it the "brewster".

Note: In early 1941 again ordered were 20 aircraft of type B-339-D13 (or B-439, reserved characteristics B3-167 etc). This version was to be 25 centimeters longer than the standard B-339 and would be provided with the R1820-G5 engine and four 0:50 machine guns. But they came too late for the Dutch Indies and aircraft were diverted and shipped to Australia. 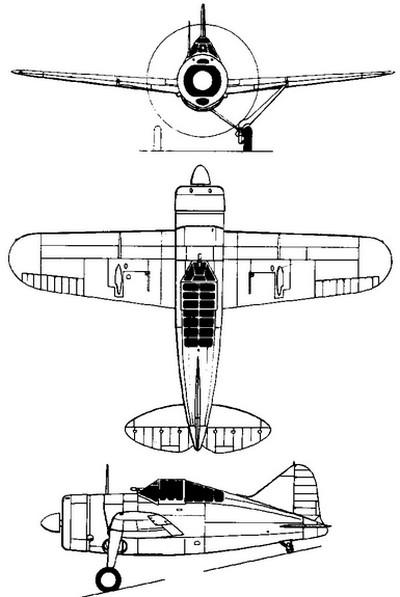 This Brewster B-339 C is a replica made by Cradle of Aviation Museum, Long Island, New York. The Dutch Army Flying Service ML-KNIL had the type at the Dutch East Indies in the early nineteen forties. The replica is painted in a scheme of a pilot that flew it for the defense of the Dutch East Indies at Java island March 1942. The very nice replica is on display at the new Dutch National Military Museum (NMM) at the former Soesterberg airbase, The Netherlands.

A few scale models exist of the B339. In 1/72 scale older kits were from Revell and Airfix, but the Special Hobby kit is now much better and also has a kit in 1/48 and even 1/32 scale.