From 1962 the type was used in the Vietnam war for many duties, including forward air control (FAC) directing faster attack aircraft. More than 3,400 aircraft were manufactured, also in license by Fuji Japan. It was also widely exported and used in civil use. Many are now still used for private flying. 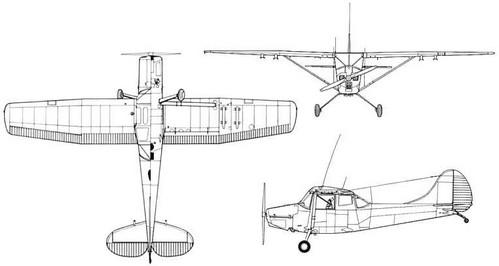 This aircraft was seen at Nellis, Nevada USA. It has a Vietnam grey scheme

This aircraft was seen in the USA and has a scheme for a L-19 as used by Austria.

This privately owned aircraft numbered "112129" was seen at Chino. Its scheme is a bit fantasy but it shows wonderful details.

This walk around web page was first created September 2015 by M. de Vreeze