Walk around - Convair B-36 Peacemaker

The Convair B-36 was developed during the Second World War but first flight was August 1946 amidst the Cold War. Called the "Peacemaker" it was the US strategic bomber of the time with slong range and large payload. Built by Convair the  type was the largest mass-produced piston engine aircraft ever made with a wing span of 70 m. The B-36 was the first bomber capable of delivering any of the nuclear weapons in the U.S. arsenal from inside its four bomb bays without aircraft modifications. With a range of 10,000 mi (16,000 km) and a maximum payload of 72,000 lb (33,000 kg), the B-36 was the primary nuclear weapons delivery vehicle of the Strategic Air Command (SAC), and the B-36 set the standard for range and payload for subsequent U.S. intercontinental bombers. It was operated by the USAF until 1959.

The RB-36 was a version for strategic aerial reconnaissance carrying often dozens of cameras with several sub-variants. The RB-36D was converted from the -36B with two bomb bays fitted with camera installation. The RB-3F was fitted with six R-4360-53 engines and four additionall 47-GE-19 jet engines, whereas the B-36H got additional fuel capacity. 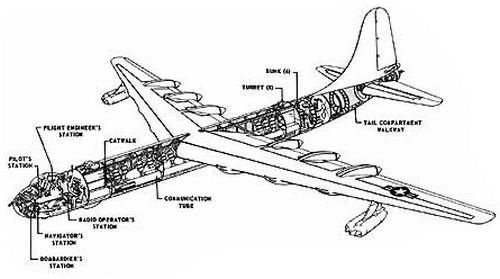 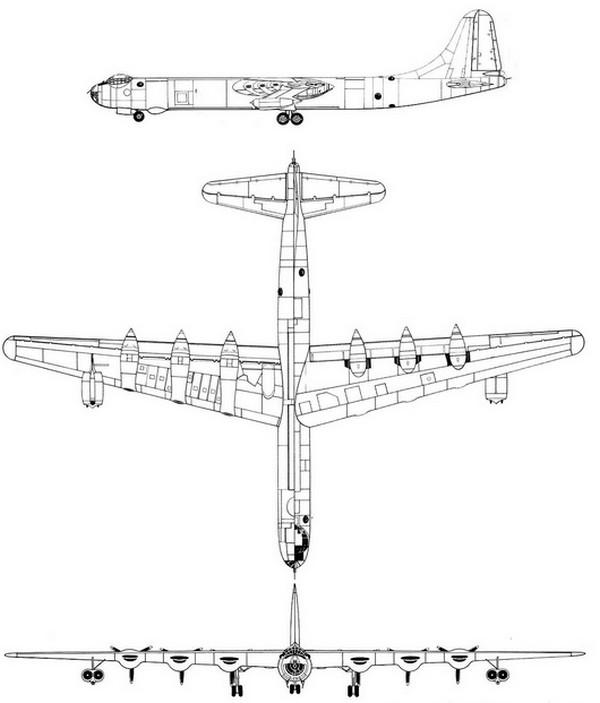 This B-36J Peacemaker 52-2827 City of Fort Worth was relocated from the B-36 Peacemaker Museum. It is now at the Pima Air & Space Museum outside of Tucson, Arizona. Probably this particular aircraft was the last B-36 manufactured and the last B-36 to be retired from the U.S. Air Force inventory.

with an additional series of photo's of the same aircraft........

This RB-36H serialled No. 51-13730 was seen at the Castle Air Museum at the former Castle Air Force Base in Atwater, California.

Also shown is a casing of a mk.17 which was the first mass produced thermo nuclear bomb of about 1 million tons. It was retrieved from the Edwards AFB test range.

The 1/72 model of Monogram (and later released by Revell  [ zie recensie ]  is an excellent kit. Also some very old kits at odd scales of the B-36 were issued in the past. Hobbycraft has a 1/144 scale kit.

This walk around page was first published September 2015 by M. de Vreeze ;   note the Copyright!