The Consolidated PBY Catalina was designed as a long range flying boat with the designation PB Standing for Patrol Bomber and Y the code assigned to Consolidated Aircraft. First flight was March 1935. Several versions were developed like the PBY-5 with stronger engines. The PBY-5A had a retractable tricycle landing gear.

During World War II, PBYs were used in anti-submarine warfare, patrol bombing, convoy escorts, search and rescue missions (especially air-sea rescue), and cargo transport. It was liked and became one of the most widely used seaplanes of World War II and also license built by other companies like Canso and Boeing. Catalinas served with every branch of the U.S.A Armed Forces and in the air forces and navies of many other nations.

The Netherlands armed forces also used the PBY, starting with Allied operations during the WW2 and after the war also the Royal Netherlands Naval Flying Service (MLD) used the type until 1957. 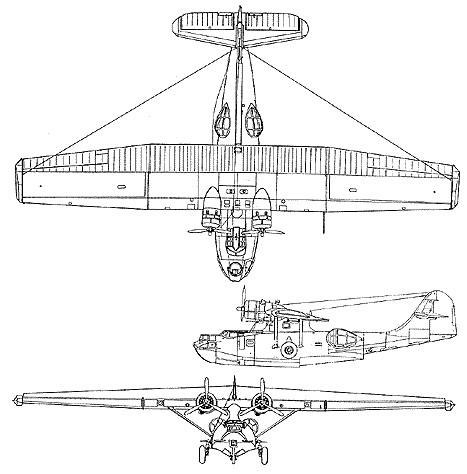 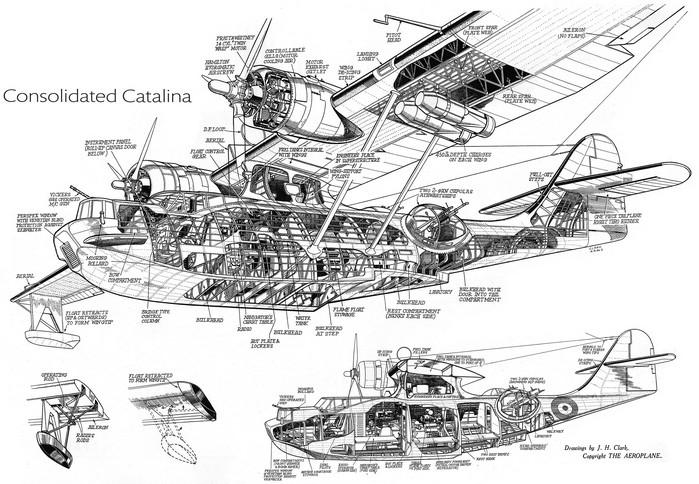 This exhibit shows a PBY-5 in a "cut away" display with many details. It is at Pensacola Naval museum, Florida.

This PBY-5a has serial c/n 300 and was manufactured in 1941 at Seattle. It is the oldest flying Catalina in the World and is operated by a Dutch Historical Catalina Society based at Lelystad airport, The Netherlands. Now is has the civil registration "PH-PBY" and is named Karel Doorman. The original aircraft has a long history and it flew during the Second World War from Iceland with VP-73 and sank three U-boats. After the war it got other roles such as firefighting in Canada until 1988. It was purchased by the Society in 1995 and is fitted with a cabin with seats for pleasure flights. It has a Dutch MLD Naval Flying Service scheme no."16-218" but this particular aircraft never flew with the MLD.

Here some additional photos are shown of the same aircraft.....

Many scale models exist of the Catalina. In 1/72 there are the older kits of Revell, Airfix and later better kits were released like Academy. In 1/48 Monogram/Revell has a nice kit and in 1/144 scale Minicraft. In 1/32 there is a huge, expensive but impressive HPH model with lots of resin. HPH also has a spectacular "cut away" half-kit with interior details.