The Ryan PT-22 Recruit was designed as a military trainer aircraft in the nineteen forties. It was used for primary pilot training and originated from the ST civil and sports aircraft series. The PT-22 aircraft had a simple monocoque structure but with an aluminium skin. The wings have wooden spruce spars but with aluminum alloy ribs with fabric covering. The wing flaps are mechanically operated and the aircraft was not equipped with an electrical system. Hydraulic brakes are provided for each wheel. Military production versions had the Kinner radial engine or a Ranger line engine.

Note that the ST(M) sports series of the thirties are a bit different: often the Menasco line engine and other differences. The STM was the military version of ST-A Special with wider cockpits and some had provisions for a machine gun. 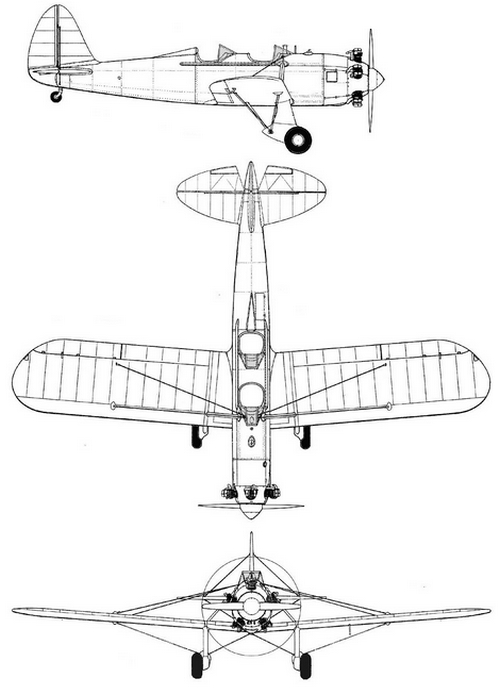