Walk around - Messerschmitt Me-108 / Nord Pingouin

The Messerschmitt Bf.108 Taifun was a German single-engined sports and touring aircraft of the nineteen thirties. The prototype flew in 1934 and it had an all metal construction. Later, the Argus air cooled engine V8 was used.  Built in Augsburg in Germany, several Bf.108s set endurance records. It was also used during the Second World War by the Luftwaffe as small liaison aircraft at the disposal of many "geschwaders". During the War, the type was also produced in France at NORD. After the war this continued as the Nord/ SCAN 1000 series called Pingouin, followed by the Nord 1100 series which used a Renault engine and has some other minor differences. 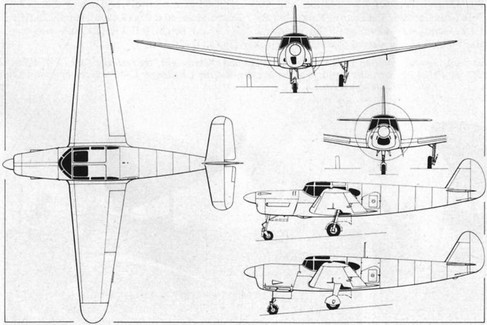 This a "license made" Nord SCAN 1100 series "Noralpha". It was seen at the Valiant Air Command museum at Titusville, Fl. (USA).